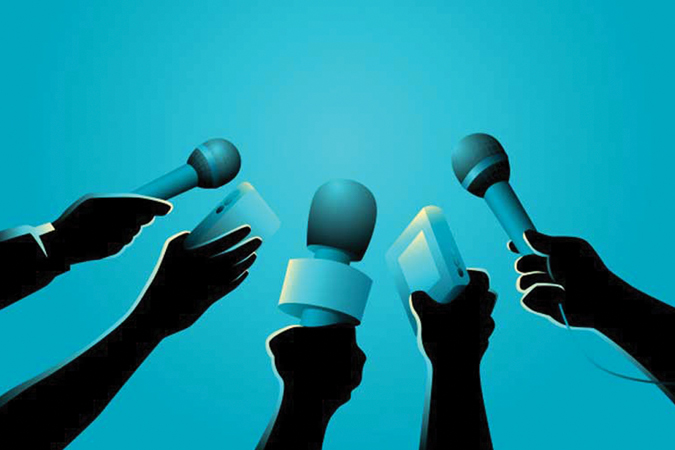 Several years ago, I listened to a talk given by an editor of the San Francisco Examiner on how to package a story to give it half a chance of being published in the US papers. The session was held at the Philippine Consulate in San Francisco on the initiative of FilAm community leaders who had bewailed the lack of presence of Filipinos in the mainstream media.

I myself had often quipped that Pinoys either had to kill or get killed in order to land in the pages of the mainstream publications — and it couldn’t be just an ordinary killing, either. It had to be gruesome and sensational.

Gaining media exposure in Manila isn’t as difficult, but it still requires skill and expertise, usually provided by a professional publicist or PR agency.

The late Manila Mayor Antonio Villegas was said to have developed a technique for being constantly in the news, something that politicians and public figures consider essential for their sustained prominence.

The Villegas formula? You list down at least 52 topics — or one a week — of interest to the public; topics designed to create and enhance a desired reputation, personality and public image. Of the 52, make sure that at least 12 — or one a month — are hot or sensational or controversial topics.

Massage each topic and have it ripe and ready for release to media, if possible packaging it with a quotable quote (e.g. “I shall return!”). The topics will, of course, be supplemented by breaking news or current events worth hitchhiking on.

In this regard, timing is vital. Thus it is essential to have a publicist or PR counsel who has a finger on the public pulse and is good at spotting PR opportunities — or creating one.

Naturally, the system requires good media relations and the corresponding “logistics” to support the task (also referred to, sometimes, as envelopes).

A lifelong communications man like me can immediately spot these releases in media (also referred to as PR opportunities or enterprise stories). For instance, the current crisis caused by the corona virus or nCoV has created opportunities for the skilled PR folks to ride on.

While surfing the online editions of the Manila dailies, I couldn’t help reacting with amusement at some items revolving around the corona virus that are being passed off as news.

The news item continues: “Sen. Christopher Lawrence ‘Bong’ Go guaranteed on Friday that, as chair of the Senate Committee on Health and Demography, he would continue to closely monitor the novel corona virus situation in the country and its threat to the health and lives of Filipinos.

“In an interview with reporters after the change of command ceremony for the presidential yacht BRP Ang Pangulo (Auxiliary Command Ship 25) on Friday, Feb. 7, in Davao City, Go said he would call for another Senate hearing if necessary to discuss the nCoV issue.”

This piece of PR work is supposed to generate the following positive reactions:

a. Wow, Senator Go is doing something about the terrible health crisis. Boy, are we glad we voted him into the Senate.

b. Wow, we in the Philippines can all feel safer now because Senator Bong Go has our back. He will conduct a Senate hearing.

c. Wow. Maybe Senator Go will find out who caused the virus and summon the culprit for a Senate investigation or ban him from the Philippines.

Not to be outdone, the publicists (or PR agency) of Senator Cynthia Villar have also hitchhiked on the crisis but they have applied a positive spin on it.

Noting the havoc that the corona plague has wreaked on the tourism trade of China and environs, Villar is featured in the Manila dailies, as follows:

“‘Since there’s a ban on any flight coming in from China, Hong Kong and Macao, so they can”t cruise for fear of getting infected of nCoV so we will rely on farm tourism and it is local tourism,’ Villar said.”

One must admit, it takes a lot of creativity to apply a positive spin on the handiwork of the Grim Reaper. Was this the good senator’s idea or was it that of her publicist? I’m inclined to think that it was the latter. I cannot imagine the lady solon wanting to publicly announce a profit opportunity out of other people’s woes.

Speaking of applying a positive spin on bad news, another newly minted solon from Davao, Senator Ronald “Bato” de la Rosa could have used the negative reports about the cancellation of his 10-year US visa to enhance his public image.

If he had retained the services of a skilled PR counsel, the good senator could have emerged both patriotic, gracious, or statesmanlike, or all of the above.

a. Senator Bato’s reaction to visa cancellation: I prefer to go travel around the Philippines (Patriotic)

b. My US visa canceled? It’s Las Vegas’ loss, not mine! (Gracious)

c. We are not that petty, says Senator De la Rosa. American senators are still welcome to visit Davao without visas (Statesmanlike)

Senator Bato could also have been portrayed as steady as a rock in his stand against the drug menace:

a. A drug-free Philippines is more important than a trip to Las Vegas

b. I can help solve America’s drug problem, says Bato

Unfortunately, the reactions of Senator De la Rosa and President Duterte appeared petty and self-serving — as if the loss of a US visa is more important than the security and economic welfare of the Philippines. A loss of a PR opportunity.

In this regard, Senator Bong Go could upstage his fellow Duterte apostle by threatening to conduct a senate hearing on the possible cancellation of visa-free entry to the Philippines by Americans. But Senator Cynthia Villar could do better by putting a positive spin on her fellow solon’s problem:

“Villar: Cancellation of US visas good for Philippine domestic tourism.”