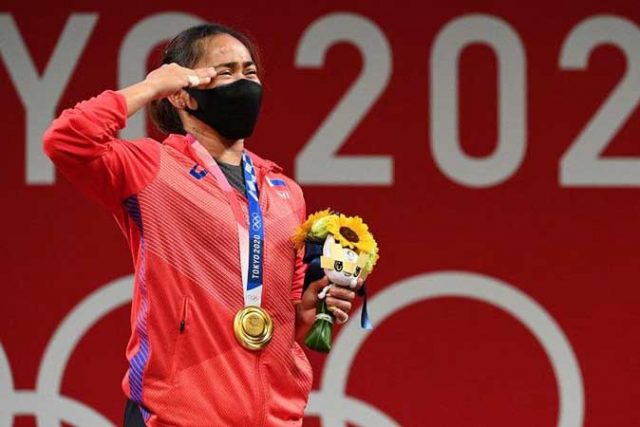 WEIGHTLIFTER Hidilyn F. Diaz’s Olympic gold victory, the country’s first, has prompted leaders and members of the House of Representatives to set up a Congressional Medal of Excellence for athletes who will achieve the same feat.

Ms. Diaz will be the first awardee.

“There is a need for the House of Representatives to institutionalize the Congressional Medal of Excellence to particularly give honor and commendation to these exceptional modern-day national heroes in sports who win the gold medal in the Olympic Games,” said the authors of House Resolution 1981.

The authors also said the award will cement the legacy of those who win the Olympic gold medal by “providing future generations with inspirational lessons that they can take to heart.” — Russell Louis C. Ku

House bill seeks to force Pinoys to get COVID-19 vaccines