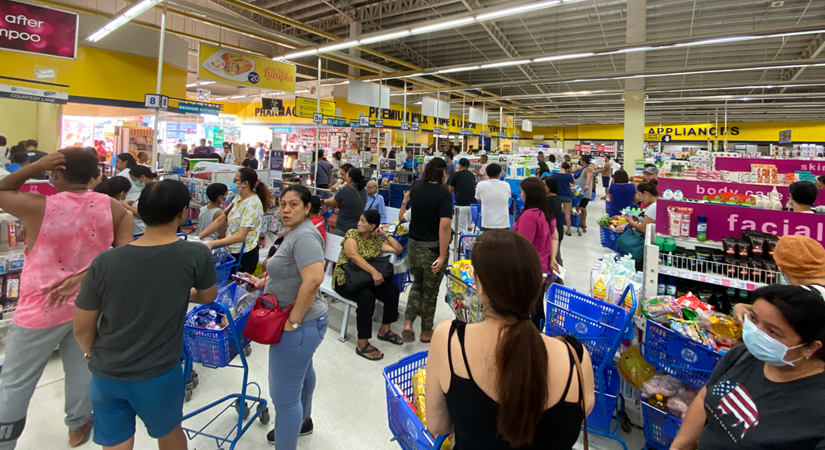 A 48-YEAR-OLD Filipino worker at the Philippine office of accounting firm Deloitte was confirmed to have been infected with a novel coronavirus on March 5 after traveling to Japan in the previous month. He was the fourth case in the Philippines. 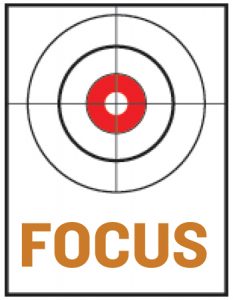 In the next three days, Philippine health authorities confirmed six more infections, including the first local transmission of the virus between a Filipino couple from San Juan City near the capital.

By March 9, the Department of Health had identified 468 people who may have been exposed to the coronavirus disease 2019 (COVID-19) from cases No. 4 to 10. Six people had been isolated by then, according to the agency.

Jaime A. Almora, president of the Philippine Hospital Association, thinks the government has been doing an admirable job in trying to contain the virus.

“We’ve seen their circulars and their orders, and they’re pretty fast in their response,” he said in an interview. Authorities have also imposed travel bans and quarantine procedures in a timely manner, Mr. Almora said.

On March 9, the government reported 14 new cases of the virus in the Philippines, prompting President Rodrigo R. Duterte to suspend classes in Metro Manila for five days to prevent an outbreak in schools.

To date, at least 49 people have been infected in the Philippines, 46 of them just this month.

DoH raised the country’s alert level to code red sublevel 1 — the fourth in a five-level alert system — on March 7 after the first local transmission was reported and as health authorities “prepare for a possible increase in suspected and confirmed cases.” Mr. Duterte declared a public health emergency a day later.

The last and most severe alert level — code red sublevel 2 — will only be raised if there is evidence of widespread “community transmission” that is more than what the government can handle.

The COVID-19 pandemic — so declared by the World Health Organization on March 12 — was first reported in December in the city of Wuhan in central China’s Hubei Province. The coronavirus strain has since spread to at least 121 countries and territories, killing more than 4,000 people and sickening about 118,000 more, mostly in China.

SARS killed a tenth of the people who got it, while MERS was even deadlier, killing 34% of patients. Fatal cases for COVID-19 are lower at 3.4%.

Symptoms for the novel coronavirus can be either mild or severe and can include fever, a cough and shortness of breath. It is also possible to be infected without showing symptoms, according to the WHO.

Before last week, the Philippines had not reported any new cases for almost a month, leading the WHO to commend the country for the way it had handled the contagion.

That seems to be changing now, especially after criticisms of slow public announcements about new cases, and after senators found out about the dearth in testing kits.

The agency only has 2,000 kits and expects to receive 4,500 more from the WHO, Alethea de Guzman, a DoH medical specialist, told a Senate hearing this week.

The department is reviewing a decision it made earlier to limit the use of test kits to travelers from countries with cases of COVID-19, she said.

“I’m a bit concerned because it’s important for us to be able to test as many people as possible, but we only have this limited number of test kits,” Senator Maria Lourdes Nancy S. Binay told BusinessWorld.

Senator Imee R. Marcos said she and her fellow lawmakers “felt a bit nervous” when they learned about the number of test kits available.

The Food and Drug Administration (FDA) has since approved COVID-2019 test kits developed by scientists from the University of the Philippines-National Institutes of Health (NIH) to help speed up the diagnosis.

“At least there are now locally made testing kits,” Ms. Binay said. “I hope DoH would be more proactive in addressing the problem moving forward.”

ALGORITHM
Rabindra R. Abeyasinghe, WHO representative in the Philippines, has ruled out expanding testing capacity now given a global shortage in testing materials.

“So many countries are doing testing based on the capacity of their laboratory systems and expertise levels,” he told a House of Representatives hearing on March 11.

Mr. Abeyasinghe said there’s an effort on the part of the government to expand capacity, but protocols must be followed to conserve precious resources. “Protocols need to be followed so that we do a risk assessment before testing,” he said.

The WHO representative also said the Health department had developed over the years a “clearly defined algorithm” in evaluating cases and containing infections. That expertise has been shared with the Regional Epidemiology and Surveillance Units of its neighbors, he pointed out.

Mr. Duque said the Philippines is beefing up its testing centers by preparing five more laboratories outside the capital aside from the Research Institute for Tropical Medicine in Muntinlupa City and National Institutes of Health in Quezon City.

“We have expanded our contact-tracing by increasing the number of deployed surveillance teams to respond to the newer cases,” the health chief.

He added that there was a proposal to expand the “surveillance scale” for influenza-like illnesses to “increase the index of suspicion.”

The plan would increase DoH’s surveillance capacity by five times, and it needs a P135-million budget for that, Mr. Duque said.

The agency also needs to level up its management artillery, hospital supplies and equipment, and it’s seeking an additional P2.9-billion budget for the next three months that will be provided by the nation’s charity office and gambling regulator.

DoH is also asking for a separate P2-billion supplemental budget from both Houses of Congress. The House of Representatives approved a lower budget of P1.6 billion before lawmakers went on an almost two-month Holy Week break on March 12.

The Senate might hold a special session during the break to pass the budget bill, Senator Juan Miguel Zubiri said on March 11.

“Asymptomatic individuals may be carriers and infect others,” Mr. Marquez, who said he does not speak for the university, said in an e-mailed reply to questions. “If we can identify them early as positive for the virus, then we can isolate them as well to prevent spread.”

Laboratory testing should also be made available in private hospitals “so we can get results faster,” Mr. Marquez, a medical doctor, said.

FACE MASKS
Aside from test kits, face masks have been missing in most drug stores due to hoarding since January, and the Department of Trade has asked a local manufacturer to increase supply to 4 million face masks a month from 1.6 million, according to Trade Secretary Ramon M. Lopez.

The bulk of the initial volume of 1.6 million had been allocated to health workers and people on the frontline including DoH and Red Cross personnel, he said. “There’s a need to increase allocation to the general public.”

On the other hand, there is enough inventory of alcohol and other types of hand sanitizers, Mr. Lopez said.

Trade personnel are also monitoring supermarkets to ensure retailers don’t take advantage of the situation by unnecessarily raising the prices of basic goods.

“Because of the declaration of the public health emergency, under the Price Act, the prices of basic necessities are frozen,” Trade Undersecretary Ruth B. Castelo said by telephone.

The country’s major retailers including SM, Robinsons, PureGold and Metro Gaisano have assured the government that they have sufficient supply, she said.

Meanwhile, the National Water Resources Board (NWRB) said it would increase the allocation of the Metropolitan Waterworks MWSS from 42 cubic meters per second to 46 cms from Angat Dam effective March 12.

“This is to ensure steady water supply for Metro Manila considering the declaration of the state of public health emergency and the importance of water in undertaking the preventive measures against COVID-19,” NWRB Executive Director Sevillo D. David, Jr. said in a text message yesterday.

“The NWRB is assuring that water will be sustainably available throughout the whole year. The public is similarly asked to avoid wastage and to use water responsibly,” he said.

LOCKDOWN
Lawmakers have also been busy proposing solutions to contain the outbreak.

Quezon City Rep. Precious Hipolito Castelo has filed a bill that seeks to exempt face masks, sanitizers, antiseptics and other personal protective goods from taxes, duties and other charges.

“There is a need to flood the market with these goods so prices would go down and unscrupulous traders would be discouraged from hoarding them and selling them later at deleterious rates,” she said in the bill’s explanatory note.

Meanwhile, Albay Rep. Jose Maria Clemente S. Salceda wants a lockdown for Metro Manila “to isolate potentially undetected cases and to facilitate detection among those who will begin to demonstrate symptoms of the novel coronavirus once the lockdown ends.”

His proposal is for a seven-day lockdown of the capital and surrounding cities, suspending work, school, and other activities where people congregate.

Mr. Salceda estimates that the economy could lose 1.72% to 3.05% if a lockdown was not enforced and mass transmission occurred.

On the other hand, a lockdown now that could delay COVID-19 transmissions could lead to a loss of 0.21% of the gross domestic product, which can be recovered in six months, he said.

“So here’s the deal: Sure massive losses, or a small loss that you will regain anyway? The choice seems simple to me.”

Mr. Salceda is the author of a House bill that seeks to create a public health emergency framework and a local Center for Disease Control and Prevention that he said would have been capable of addressing an epidemic.

“The likelihood of an easy spread is limited from a geographical perspective,” WHO’s Mr. Abeyasinghe said, noting that the Philippines is an island archipelago made up of more than 7,100 islands.

“We cannot 100% confirm that there is no disease outside the National Capital Region,” he said. “But many factors are favoring the fact that what we have is a localized outbreak.”

The Philippine Health secretary could only hope for the best. “We hope that it doesn’t deteriorate,” Mr. Duque said.

“We hope that the number of cases doesn’t escalate, especially if our current social distancing efforts will result in us hopefully blunting the epidemic peak and extending the epidemic period to another few months,” he added. — with Jenina P. Ibanez, Charmaine A. Tadalan and Genshen L. Espedido