Special Rules: No draw offers allowed until after move 40

Tie Breaks: The following are used to break a tie for 1st place: (1) Direct encounter, (2) Wins, (3) Sonneborn-Berger. If they are still tied after the three systems are applied then a playoff beginning with four 25-minute games is played

Ian Nepomniachtchi (born July 14, 1990 in Bryansk, Russia), opened up a one-point lead against the field in the 2020 FIDE Candidates Tournament by winning three games and a performance rating of 2969. Really impressive.

In the 1st round Anish Giri hit him with a theoretical novelty from the White side of a Symmetrical English Opening. I was very impressed with the way GM Ian handled the situation — knowing that he had fallen for Giri’s preparation he nevertheless did not chicken out and bravely went into the most critical variation, even managing to outplay his Dutch foe in the complications. Giri then gave up his queen for a rook to set up a “fortress” (a position with the defending side down in material, yet impossible for the stronger side to make any decisive progress) to hold the draw.

Magnus Carlsen, the current world champion who was acting as a commentator on the game, was very confident that Nepom would not be able to breach the position but he really buckled down and found a way to win.

Giri is well known for always being prepared. In this game he blitzed out his first 19 moves while Nepomniachtchi was giving his moves a lot of thought.

GM Nepomniachtchi has a lot of experience with this line. I don’t think he has ever lost with it yet — he beat Wei Yi last year in the Jerusalem Grand Prix and the year before that took down Gelfand in the Poikovsky tournament.

All part of Giri’s preparation.

It appears that Giri expected 19…bxc4 because now, for the first time in the game, he stopped blitzing and took 10 minutes over his next move. After the game Giri remarked that he had looked at b4 but didn’t believe any person would play it as it was “very, very deep.”

It turns out White’s bishop is pinned against his queen.

After long thought Giri decides to give up his queen to set up a fortress with rook and pawn on his kingside. He figures this should be good enough to draw. Other moves lose:

Nepom is aware of White’s intention of putting his king on e1 or e2 so he places his queen on d5 so that he’d always have a check on d1 to drive it away. He will send his king to capture the h-pawn. 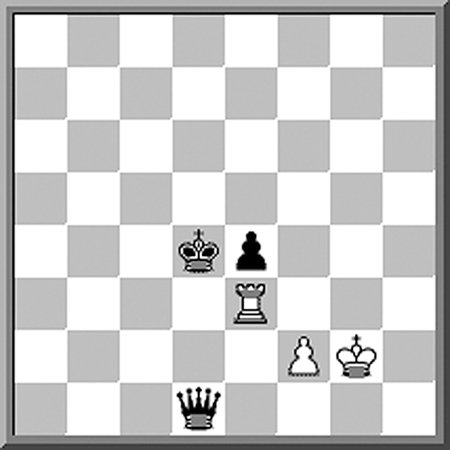 In rounds 5 and 6 GM Ian had two consecutive white games against the two Chinese grandmasters Wang Hao and Ding Liren. They followed the same course — Nepomniachtchi emerged from the opening with pressure against the Black positions and then kept pushing until his opponents cracked. Especially for Ding Liren this was a painful loss, as it was his 3rd loss in the tournament and it is really looking like he will no longer be challenging for 1st place. In the Candidates’ tournament only 1st place matters and right now Ding is 2.5 points behind Nepomniachtchi.

The top seed Fabiano Caruana had an impressive win in the 1st round.

Fabiano went for something he’d never played before — the aggressive 4.f3! against the Nimzo-Indian. Anish Giri’s wife WGM Sopiko Guramishvili has done a video on this opening in the chess24 Website and he followed her recommendations all the way until Kirill deviated on the 10th move.

Caruana had looked at this position before the game but couldn’t recall all the lines.

Alekseenko spent a combined 47 minutes over this and his next move.

Alekseenko was counting on this move which threatens the f4–bishop, giving his other rook on a8 time to swing into position.

Caruana had a lot of time here and felt his position was very advantageous because of the powerful outpost on d5.

After six rounds Caruana has an even 3/6 score and is 1.5 points behind the tournament leader. I wouldn’t put it past him though to fight back into contention in the second half. Recall his 6.5/7 at the end to win 2020 Wijk aan Zee. He described his experiences in his two previous Candidates Tournament (Moscow 2016 where he finished second behind Karjakin and Berlin 2018 which he won) in an interview for New in Chess Magazine:

“The two Candidates tournaments I have played in were extremely different. One [in Moscow] where I struggled to win at the very start and also was extremely ill for the first seven rounds, and at some point I was fighting for the lead, but it didn’t work out. And the last one [in Berlin], where I had a very strong start, but I took some blows later in the tournament. I think the main thing is that you’re always going to have a difficult period in the Candidates, no matter what, there will be some struggle. I don’t think anyone ever wins cleanly; that just can’t happen.”

Well, we will see.