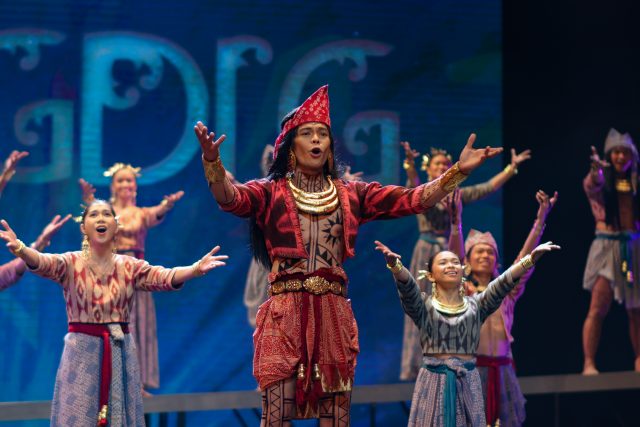 THE VERY first production to be presented in the newly restored Metropolitan Theater since it closed it its doors in 1996 will be a musical on Lapulapu and the first circumnavigation of the world.

A production of the National Commission for Culture and the Arts (NCCA), the musical is part of the Quincentennial Commemorations in the Philippines, and National Indigenous Peoples’ Month.

“The Met is standing ready again to continue with its mission as a structure that will bring together artists and cultural workers and people to have an experience of Philippine culture and arts,” NCCA OIC-Executive Director Marichu G. Tellano said during an online press conference on Oct. 12.

“As a contribution to the National Quincentennial Celebration on the 500th year of the first circumnavigation of the world and the Battle of Mactan, we offered the Met as a venue for this production,” she added.

The production had been postponed twice — it was originally scheduled to premiere on April 28 this year along with the opening of the theater, then on Aug. 30 alongside the celebration of National Heroes’ Day. Both times, the show did not go on because the COVID-19 pandemic got in the way.

“In this play we look back and give clarity on how Lapulapu became instrumental to our independence. It is also the story of our people who are not written in history books,” Mr. Pichay said.

The musical explores how history — and what people choose to learn from it — contribute to cultural identity and to the strength of any nation.

“In writing the play, I included elements of history, myths, and the mysterious elements of time,” Mr. Pichay said, adding that the story includes themes of courage and unity.

“I hope the play helps in unifying us as a steadfast nation and courageous people,” he said.

Aside from the main theater which seats 990 (reduced from 1,600), the newly restored Metropolitan Theater includes a cinema with a Dolby Atmos audio system. The Met’s grand opening is now scheduled on Dec. 10 (www.bworldonline.com/a-long-awaited-revival/).

Lapulapu, Ang Datu ng Mactan will be streamed simultaneously on the official Facebook pages of The Metropolitan Theater, the NCCA, Radio Television Malacañang, the Presidential Communications Operations Office, the National Historical Commission of the Philippines, and the National Quincentennial Committee on Oct. 24, 6 p.m. Streaming dates on platforms ktx.ph, TFC, and iWantTV will be announced at a later date. — Michelle Anne P. Soliman

Philippines may benefit from new globalization