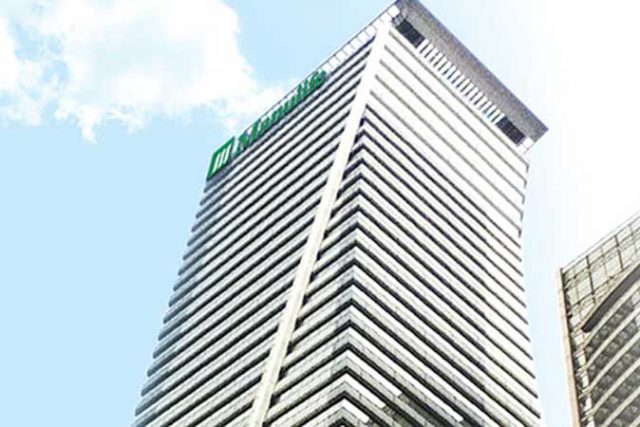 MANULIFE PHILIPPINES has rolled out an insurance plan for businesses to give their employees health coverage of up to P5 million.

The insurer said in a statement on Wednesday that Health Protect is a one-year renewable term insurance plan for businesses that provides employees health protection coverage of up to P5 million against various critical illnesses.

Firms with full-time and active-at-work employees can purchase Health Protect for a minimum coverage amount of P50,000, Manulife said.

Meanwhile, for organizations with existing basic group life plans, they can boost their employees’ protection with the new group critical illness riders. Businesses can also upgrade their plan to include additional coverage of up to P6 million.

Manulife’s 2020 health study titled, “Understanding Filipino Sentiments Toward Health and Critical Illness” showed that among the top critical illnesses most feared by Filipinos are cancer, heart attack, and stroke, it said.

“The pandemic has made many organizations realize that taking care of their employees’ health and well-being not only makes good business sense, but helps them thrive in the long term,” Richard Bates, president and chief executive officer of Manulife Philippines, was quoted as saying. “In times of uncertainty, it is vital to support, protect and empower our employees — our greatest assets — by providing them optimal health protection when it matters.”

“With Manulife Health Protect, companies can strengthen their commitment to employee well-being, by providing benefits and health protection coverage against critical illnesses most prevalent in the Philippines,” he added.

No frills, just the important things

San Beda underscores how deserving it is as champion