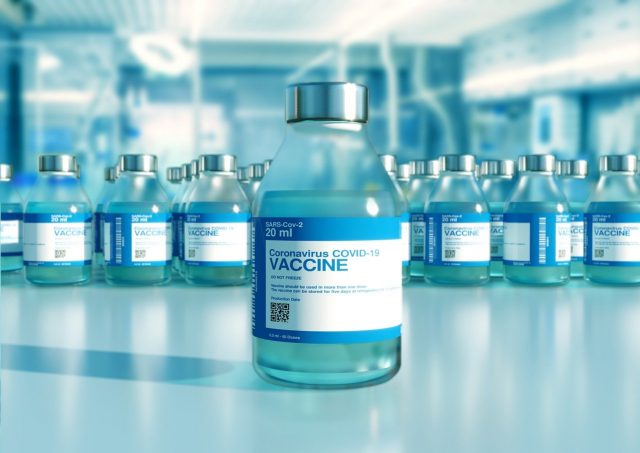 THE PHILIPPINES will take delivery of about two million coronavirus vaccines this month amid a fresh surge in infections in the capital and nearby cities and provinces, according to the presidential palace.

The Sputnik V vaccines could be used to inoculate the country’s senior citizens, he said. The government could start vaccinating economic frontliners, uniformed personnel and indigents by May, he added.

The government initially expected to receive four million doses of vaccines this month but these were trimmed to two million doses due to global supply problems, Mr. Galvez said. Vaccine access could remain problematic in the first half, he said.

“We expect this to go on in the coming months. Global supply is difficult in the first and second quarters,” he said in Filipino.

He also said the government is using diplomatic channels to get about 979,200 more doses of the vaccine developed by AstraZeneca Plc.

More than 854,000 Filipinos have been vaccinated against the coronavirus as of April 5.

The Department of Health (DoH) reported 9,373 coronavirus infections on Tuesday, bringing the total to 812,760.

The Health department on Friday reported the highest daily tally at 15,310 cases, which included 3,709 cases that were reported late.

The agency traced the high tally to a technical issue in case collection, which resulted in low deaths in the past week.

“The issue caused incomplete fatality numbers and data to be encoded and as a result, there were 341 deaths prior to April 2021 that went unreported,” DoH said.

The agency said 11 duplicates had been removed from the tally and 166 recovered cases were reclassified as deaths. Ten laboratories failed to submit data on April 5.

About 9.8 million Filipinos have been tested for the coronavirus as of April 4, according to DoH’s tracker website.

The coronavirus has sickened about 132.5 million and killed 2.9 million people worldwide, according to the Worldometers website, citing various sources including data from the World Health Organization.