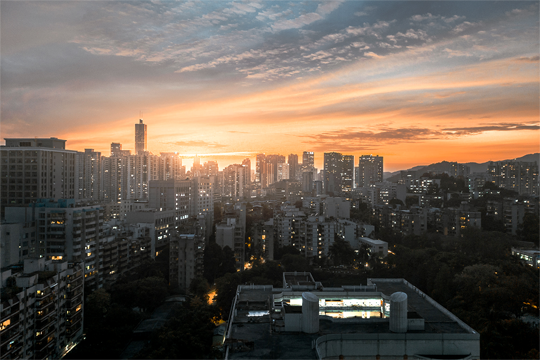 If at the beginning of 2020 there was a lot of doubt about the threat of the novel coronavirus, nowadays there is none. COVID-19 has taken the world in its grasp, forcing entire countries to shut down as they scramble to contain it.

Currently, about a third of the world’s population is on preventive lockdown, grinding economies to a standstill. In fact, the International Monetary Fund has already announced the start of a global economic recession, a period of economic decline where output falls for two successive quarters.

As a result, the global equity market has taken a plunge, at least in the short term. According to Sun Life Philippines’ April 2020 Market Update, returns on equities on the S&P 500 and MSCI World indices saw a dramatic decrease at the start of March; alongside the yields from long-end sovereign bonds from markets like the US, Germany, and Japan.

Clearly, damage has been done. Yet, in presenting the data, Mike Enriquez, Sun Life Philippine’s Chief Investment Officer, pointed out that it is too early to predict the long-term impact of COVID-19 on the global economy, as new cases are still increasing.

“This is not the first time that the global economy has experienced health scares,” he said, noting that markets are quick to bounce back if the world succeeds in containing the pandemic. “On a six-month basis, you can see markets recover at least a majority of the time, more so on a one-year period.”

Certain markets, such as the US, have much greater chances of a rapid recovery, as the country’s economic fundamentals and its policies, stand out versus its counterparts. Governments, however, play a crucial role in recovering what was lost.

In the Philippine market, Sun Life has downgraded its gross domestic product (GDP) forecast for the year from an initial 6%-6.3% rate to a range of 2.82% to -6.5%, if the halt in economic activity in NCR and its surrounding regions is prolonged. Household consumption, private investments, as well as imports and exports are all expected to shrink this year.

Metro Manila, which accounts for 37.5% of GDP, is a major concern during the pandemic, as the entirety of Luzon accounts for about 73% of the country’s GDP. Sectors from retail, real estate, to manufacturing are experiencing serious challenges due to the enhanced community quarantine. The Philippine Stock Exchange Index has dropped by 32% year-to-date.

The Bangko Sentral ng Pilipinas has cut its benchmark rate by 50 basis points (bps) and eased rules for lenders. It is also buying P300 billion in government securities. Meanwhile, the Monetary Board also cut the reserve requirement ratio for universal and commercial lenders by 200 bps to 12%.

Sun Life expects rates to be cut by a further 25 basis points and the reserve requirement ratio by another 300 basis points in the second half of 2020.

Such measures, as well as the “Bayanihan to Heal as One” Act, which authorized the Office of the President to realign or reallocate as much as P275 billion in national budget and off-budget outlays to the government’s emergency subsidy program, aim to support economic activity in the short term, providing relief to some 18 million Filipino households most affected by the pandemic.

“The government recognizes that the only way they can cushion the blow would be to inject more fiscal spending into the economy,” Mr. Enriquez said. “Definitely it’s the government that will be the one that can support the economy moving forward.”

It remains to be seen how the country would continue its long-running economic narrative as a developing economy after the pandemic passes. However dire the situation may seem, there are still some bright spots of opportunity.

Brighter Days are yet to come

The Philippines’ economic fundamentals remain sound. The telecommunications industry as well as the energy industry have proven resilient in these times of crisis, providing reliable service to affected communities as well as safe havens for investors.

Michael Manuel, Sun Life Philippines’ Chief Market Development Officer, noted that the pandemic has given investors the opportunity to reassess their tolerance for risks and urged them to reevaluate their portfolios to reflect it.

For the bold, he even encouraged investors to look for undervalued stock as a way to look forward to the country’s future recovery.

“In choppy and unpredictable local and global environment, anchor your emotions and let your investment plans run their course,” he said.

Visit www.sunlifefunds.com to know more about investment opportunities even during these trying times.