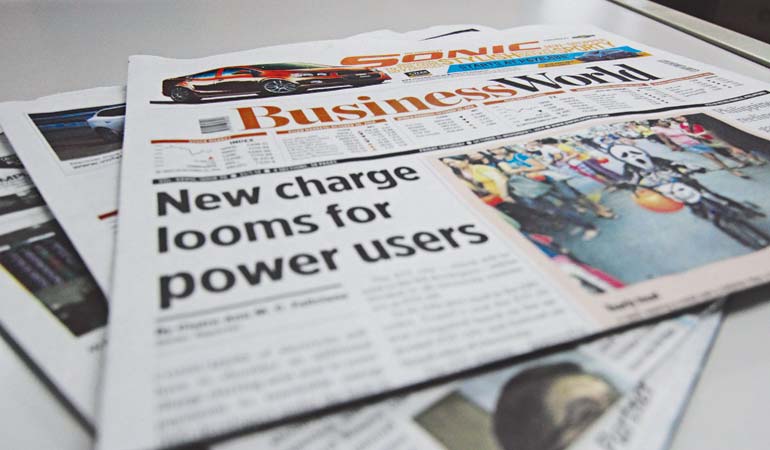 Some of the most prominent brands under the umbrella of MediaQuest Holdings, Inc. (MediaQuest), the media investment arm of the Manuel V. Pangilinan group, are print media companies that continuously thrive even in the digital age. With some key adjustments in their business models, they still find a niche in today’s fast-changing times and remain as effective vehicles to reach the public. Of all the developments and increasing competition in the industry, these newspaper brands stay true to their commitment of delivering accurate, fair, and unbiased reports.

The Philippine Star, which is one the country’s most widely circulated newspapers, was added to the expanding media portfolio of Mr. Pangilinan when MediaQuest obtained a majority stake of 51% in the newspaper in 2014. As early as 2009, Mr. Pangilinan had expressed his interest in getting a stake in The Philippine Star in a bid to dominate the multimedia industry. He then acquired a 20% stake in the newspaper in the following year.

It was in 1986 when The Philippine Star was founded by veteran journalists Betty Go-Belmonte, Max Soliven and Art Borjal a few months after the EDSA People Power Revolution. The first issue of the newspaper had eight pages, and was printed in a few thousand copies at Philstar Daily, Inc.’s printing press in Port Area, Manila. It carried the motto “Truth Shall Prevail,” which reflects its editorial policy of presenting both sides of the story instead of the prevailing “scoop mentality” of that time.

Aside from The Philippine Star, Philstar Daily also started publishing a Filipino-language tabloid Ang Pilipino Ngayon, which eventually changed into Pilipino Star Ngayon. It caters primarily to lower income readers in the country, providing them intelligent news and opinion with decent presentation.

At present, The Philippine Star is the biggest newspaper-based multimedia company in the country. Its lead in circulation continues to grow, as it tied with other broadsheets in Mega Manila. Because of the strong purchasing power of its readers, the paper continues to lead in advertising revenues over other broadsheets for several consecutive years.

To address digital demand, The Philippine Star embarks on various initiatives, including the introduction of different online portals and mobile apps. It also invests in new media platforms such as Philstar TV, Philstar Outdoor, and Viewtorials.

Capitalizing on its strength in creating public awareness and shaping informed public opinion, The Philippine Star also hosts events that raise discussions on some issues in the society. Last November, for instance, the newspaper company organized a forum titled “Women Today: Innovators and Agents of the Future.” The event gathered inspiring women in the country and decode how they effectively carry out their roles in the society. Related matters such as empowering women and eliminating inequalities between genders were also tackled.

The Pilipino Star Ngayon, on the other hand, remains as the country’s leading tabloid among its competitors in terms of advertising revenue and circulation. It also opened its doors to the online world and explored different social media platforms to further increase its reach.

Meanwhile, MediaQuest also gained control of BusinessWorld, the country’s leading business newspaper, with its subsidiary Hastings Holdings, Inc. in 2013 by increasing its stake from 30% to 76.67% and infusing P100 million into the company over a 12-month period.

In a move meant to “strengthen the distribution and operations” of the country’s premier business daily, the Philippine Star Printing Company, Inc. acquired 76.63% of BusinessWorld Publishing Corp. from Hastings Holdings in 2015.

BusinessWorld represents five decades of professional economic journalism, which roots can be traced in 1967 when respected journalist Raul L. Locsin started BusinessDay. It was the first business daily in Southeast Asia, dedicated to “competent and responsible reporting of the news.”

Mr. Locsin, however, decided to close the paper in June 1987 due to a labor problem, and opened BusinessWorld a few weeks later with the non-striking workers. The paper underwent significant changes in the following years, especially in 2003 when Mr. Locsin died due to a long-term illness.

The inclusion of BusinessWorld in the Philstar Media Group in 2015 has transformed the newspaper into a moving force in the business community. It remains as a trusted media entity at present, delivering in-depth news stories, columns, features, and special reports that policy makers and businessmen can rely on in making important decisions.

To capture the younger market of future business leaders, aspiring professionals and budding entrepreneurs, BusinessWorld transformed its university publication to a digital-first platform called SparkUp. It engages the readers through its Web site and print magazine issues that bring timely and well-rounded stories, creatively executed in more customize and fun ways.

Banking on its extensive influence and indisputable expertise, BusinessWorld also introduced high-impact on-ground events, which have served as great avenues for industry and government leaders to converse on key challenges and opportunities for the nation. Some of the most notable events that the company successfully organized were the annual BusinessWorld Economic Forum, the BusinessWorld Industry 4.0 Summit, and the BusinessWorld Cybersecurity Forum.

Moreover, to continuously thrive amid all the changes disrupting the industry, BusinessWorld keeps on innovating itself by coming up with special contents and executions, and utilizing different communication platforms.