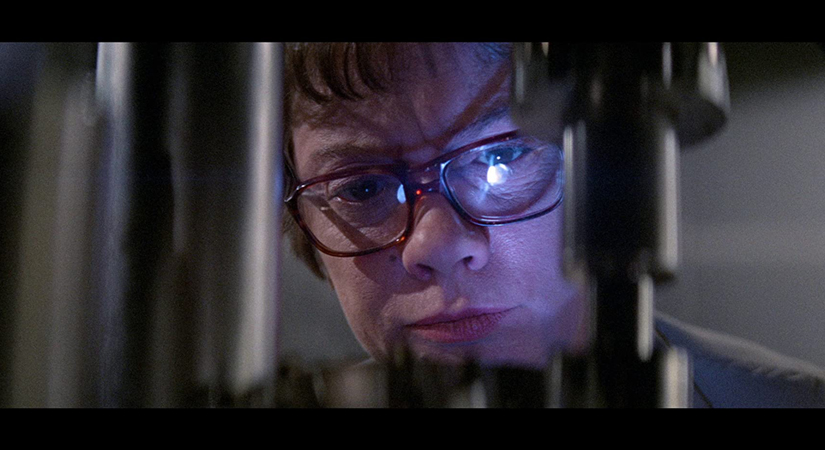 Best title recommendations when shut up in your house waiting for the all-clear (which will come who knows when)? Escapist fare — musicals, comedies, tales of fantasy, adventure flicks that glorify can-do characters acting in marked contrast to us in our present status: helpless, frustrated, wondering what bleak future is in store.

If on the other hand you’re of darker disposition and don’t need movies like Aladdin or The Lion King to remind you of all the exotic locations you’re never going to visit this year; if you’d rather watch films not to forget your present circumstance but to remind yourself that things could be much much worse — there’s always Robert Wise’s 1971 adaptation of Michael Crichton’s bestselling book The Andromeda Strain.

The narrative itself is simple: a satellite lands in the town of Piedmont, New Mexico, and all its inhabitants are apparently dead. A team of bacteriologists and pathologists has assembled, their mission: to isolate the pathogen and hopefully develop a cure.

The film opens to an eerie image: corpses litter a small town’s streets, the stillness echoing the streets of Rome and Beijing; nothing else moves save vultures — but is that a baby crying?

The US government — unlike the present administration — has a plan in place: the four members of the Wildfire team (the fifth is undergoing an appendectomy) have been assembled at their lab, a gleaming spotless underground complex deep in the Nevada desert. Talk about self isolation — the intent is to decontaminate the team members inside and out, through xenon ultraflash, microbial baths, capsules designed to disinfect the gastrointestinal tract (note: you don’t swallow it), spending a day descending through all four levels to the fifth, where the laboratories are located. The intent is to decontaminate but the unintended visible effect is to increasingly cut the four scientists off from the outside world, bury them deep in this cathedral constructed and dedicated to science — said isolation eventually and inevitably fated to bite these four hapless high priests of knowledge in the ass.

The scientists wear white jumpsuits (they’re paper) and walk past polished metal walls — color coded according to a military study on the effects of color on human psychology, or so the script says (you’re not certain because many of the studies and articles cited Crichton himself invented). From deep red (the color of danger, and blood, presumably of all things contaminated) to yellow (caution) to gray or white (purity; you may safely proceed to your work) — don’t know about that study but director Wise (or his production designer or perhaps Crichton himself) seems to know a thing or two about dramatic progression through color.

Crichton and Wise do well, at least to these inexpert ears, in keeping the technical jargon reasonably coherent; helps that we’re shown early on what’s at stake (a town where only tumbleweeds stroll) so we listen as if our lives depended on it; helps that jazz artist Gil Melle evokes spreading menace through his avant-garde tech score, all percussive electronic pulses, digitized cries, pneumatic puffs, throbbing energies.

When the pathogen is revealed via an electron microscope the image is remarkably symmetrical, machine-like almost, echoing the scientific apparatus surrounding it though with a more elegant emerald demeanor. You look at the creature and think: nanobots. The scientist use the word ‘crystalline’ to describe the structure which only fuels your suspicions: was the Strain a cloud of microscopic robots meant to explore the universe, perhaps collect data or deliver a message? The full discussion was in the novel, cut out of the film for brevity’s sake, but when you gaze at the gem-like vaguely pyramidal shape onscreen the unspoken meaning is crystal clear.

Crichton throws in a nuclear option: if a pathogen ever breaks loose a nuclear bomb is detonated, thoroughly decontaminating the lab and its surrounding areas. The only way to call off the automized procedure (there’s a five minute delay) is for one of the team to insert a key and disarm the device — the writer’s way of fulfilling that long held secret fantasy of literally holding the fate of the world (or at least an entire laboratory) in one’s hand. Nothing so melodramatic in real life, as far as we know — what’s a deadly plague compared to a nuclear explosion? — but we should keep in mind what the film makes dramatically explicit: things change, life mutates, and microbes (because of their brief lifespan and industrial-grade reproduction capabilities) mutate at a breathtakingly accelerated pace.

Not generally a big fan of Wise; he’s a good craftsman with not much personality to his style who, when armed with a good script (Curse of the Cat People, The Haunting) or at least a good idea (this film, is capable of grand entertainment. Crichton uses telegram messages, radio transcripts, excerpts of news articles and textbooks to lend authenticity to his science fiction potboiler; to Crichton’s bag of tricks Wise adds audio transmissions and video and film recordings, not to mention the remarkable special effects of Douglas Trumbull, James Shourt, Albert Whitlock, who did the microbial footage.

The film ends — as most science fiction films do — on an ominous note, with one of the Wildfire scientists testifying before a senate committee: “there’s no guarantee that another ‘biological crisis’ won’t occur again.” He has no answer, neither do we; as the Strain’s very existence demonstrates, things change, life mutates; we maintain the status quo at our peril.