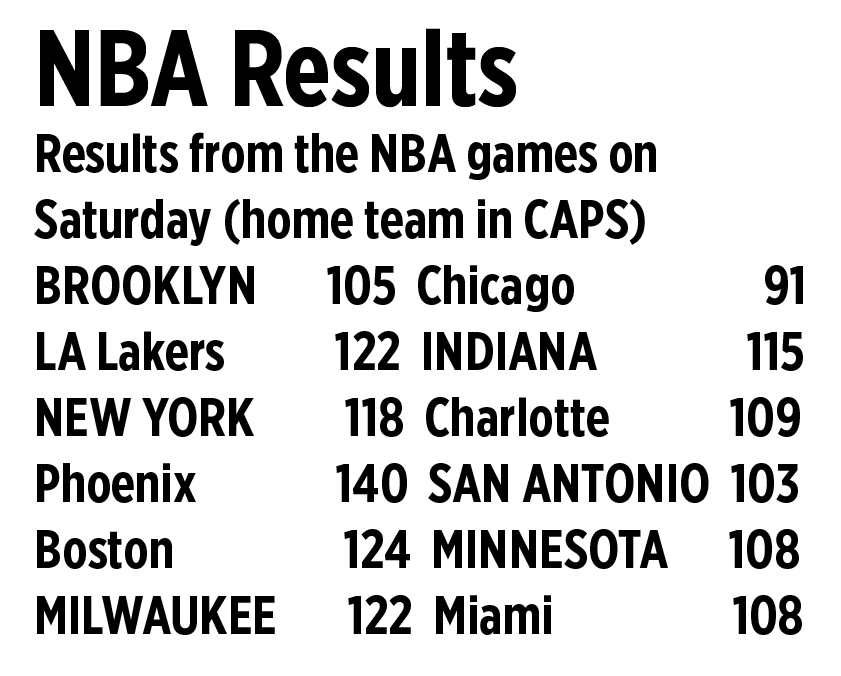 LEBRON James scored seven consecutive points over a one-minute stretch late in the fourth quarter to help the Los Angeles  (LA) Lakers record a 122-115 win over the Indiana Pacers on Saturday in Indianapolis.

James, playing his first game since May 2 and just his third since March 20, finished with 24 points, a team-high eight assists and seven rebounds. Anthony Davis collected 28 points, 10 rebounds and five assists for the Lakers (41-30), who entered play a half-game behind the Portland Trail Blazers for the final guaranteed playoff spot in the Western Conference. Los Angeles closes the regular season on Sunday in New Orleans.

The Lakers took care of business in the first half of the weekend back to back, leading Indiana (33-38) almost the entire way. But behind Caris LeVert’s 28 points and game-high 12 assists, the Pacers battled back from a deficit of as many as 14 points to pull within a single possession late in the fourth quarter.

LeVert hit a jumper with a little more than three minutes remaining, cutting the deficit to three points. James, who missed his first three 3-point attempts, responded with a successful shot from beyond the arc on a step-back off a ball screen.

That 3-pointer ignited James to seven consecutive points, pushing the Lakers’ lead back to eight points with 1:43 remaining. Indiana could not draw any closer than five points for the rest of the way.

2020 Doreen Gamboa Fernandez Food Writing Award: Are you what you eat? Raw definitions,...