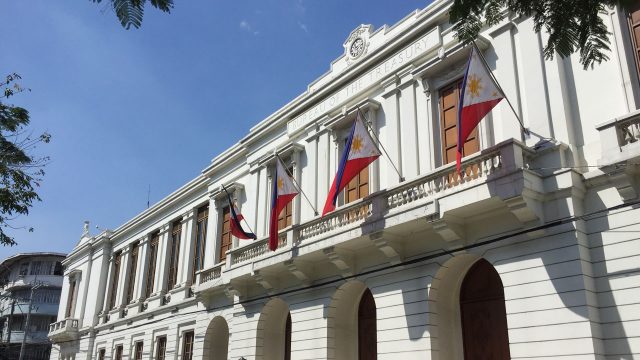 THE NATIONAL Government’s outstanding debt grew further to P11.61 trillion as of the end of July following a dollar bond issue and further tapping of domestic lenders, the Bureau of the Treasury (BTr) reported Tuesday.

Preliminary data from the BTr indicate that overall debt rose 4% month on month compared with the level booked at the end of June. It was 26.7% higher than the year-earlier total.

The government endeavors to maintain a balance of 70% domestic debt and 30% foreign to minimize exposure from external shocks like currency movements.

Outstanding domestic debt rose 2.3% from a month-earlier level to P8.12 trillion at the end of July following the issuance by the BTr of more government securities. Domestic borrowing rose 29.8% year on year and 21% compared with the ending debt balance in 2020.

The portfolio of government securities rose 2.4% from a month earlier to P7.6 trillion.

The government borrows from domestic and foreign sources to plug the budget deficit, which started to widen last year due to spending requirements imposed by the pandemic.

Outstanding external obligations rose 8.2% from a month earlier to P3.5 trillion at the end of July following a dual-tranche dollar bond issue and fluctuations in the value of the peso.

“The impact of both local- and third-currency exchange fluctuations against the US Dollar added P100.66 billion and P3.39 billion, respectively,” it said.

Foreign loans obtained by the government rose 4% month on month to P1.47 trillion, while the total for global bonds rose 11.4% to P2.02 trillion.

Debt guaranteed by the National Government rose 1.3% from a month earlier to P444.31 billion at the end of July after it guaranteed more foreign debt.

Guaranteed domestic obligations fell to P242.65 billion from P244.1 billion at the end of June, reflecting the retirement of some debt.

“The higher level of guaranteed debt was due to the impact of local- and third-currency exchange rate fluctuations against the US dollar amounting to P6.07 billion and P1.25 billion, respectively, it said.

Budget planners have set a P3-trillion borrowing cap for this year.

Economic managers project the debt stock to be equivalent to 59.1% of economic output by the end of this year, peaking at 60.8% in 2022. — Beatrice M. Laforga

Serena into US Open semis as champion Stephens exits

LaLiga to use ‘virtual’ stands and audio for broadcasts

Marawi rehab on track to start next month

Taxation of foreign POGO workers to start this month