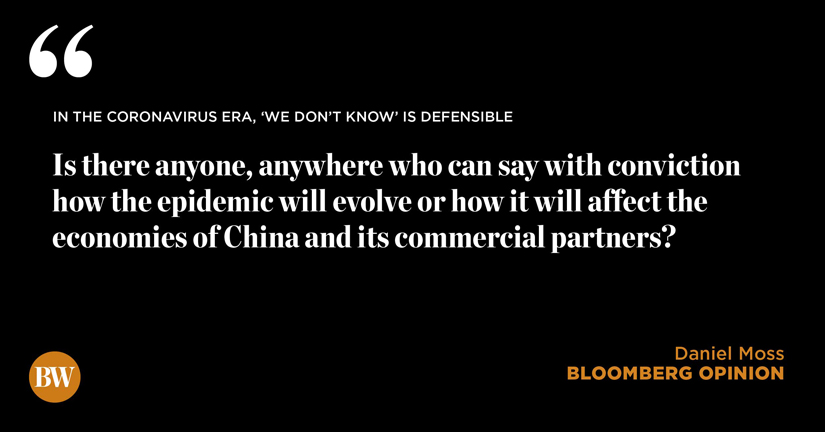 CENTRAL BANKERS from Sydney to Washington are confessing they don’t know how big the economic dent from the coronavirus will be. This is more encouraging than you might think.

In the post-Great Recession era of forward guidance, quarterly forecasts and inflation targets, investors demanded clarity and have grown used to getting it. It’s understandably jarring to hear senior officials say they are taking things day-by-day or changing tack abruptly.

On Tuesday, Federal Reserve Chair Jerome Powell told a congressional committee that the virus will “very likely” have some effect on the US, and he’s waiting to see whether it leads to a “material reassessment of the outlook.” Just two weeks earlier, when the Fed kept rates on hold, its statement made no mention of the outbreak. At a subsequent press conference, Powell said it was among “uncertainties” in the forecast.

In Australia, Alexandra Heath, head of economic analysis at the Reserve Bank, said Wednesday that the virus probably isn’t just a passing shock before “everything goes back to normal.” She added: “Something that we don’t have in here, and is a very serious downside risk to the forecasts, is that we haven’t really taken into account that China sits in the middle of a lot of supply chains.”

Beyond the bewildering admission that the RBA failed to consider China’s role in the web of global trade, the statement stands in stark contrast to comments last week when the central bank kept rates unchanged. In its review of the global economy, the RBA said that while the coronavirus will have a big effect on China, it’s too soon to gauge how long that will last. 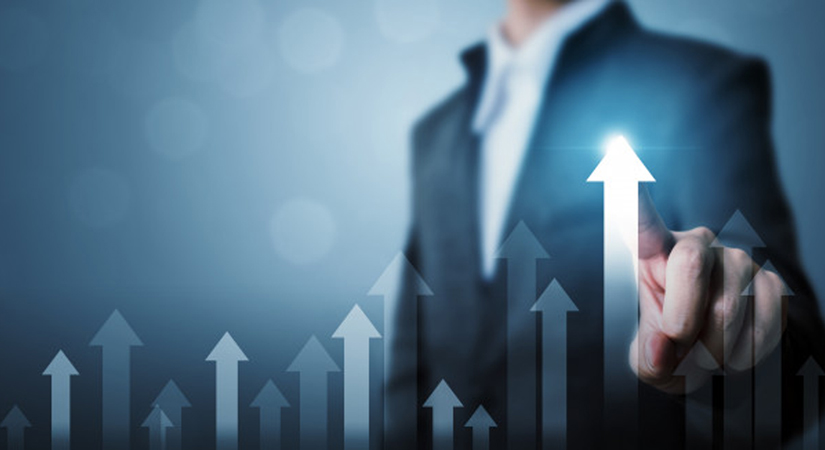 Three days later, RBA Governor Philip Lowe told legislators that the risks are probably greater than the 2003 outbreak of Severe Acute Respiratory Syndrome. If the rate of infection slows, he said, “there are reasonable prospects of a quick bounce back.” It’s worth noting that Australia is one the developed world’s most China-dependent nations; a famous three-decade expansion is partly explained by mainland demand for the country’s raw materials.

It’s tempting to see these comments as flip-flops, but let’s cut the Fed and the RBA some slack. Is there anyone, anywhere who can say with conviction how the epidemic will evolve or how it will affect the economies of China and its commercial partners? As the virus spreads, society will inevitably look to central bankers and health experts for certitude. Yet with a rapidly evolving outbreak, a 24-hour news cycle and the ferocious metabolism of social media, it’s impossible to get things right all the time. Better, then, to simply be honest: We just don’t know.

I’m not advocating obfuscation or, on the other end of the spectrum, WeChat messages prefaced by “DISPEL RUMOR” with an emoji of a fist, as the People’s Bank of China has been known to post. As long as officials tell us they’re aware of the gravity, they’re on the case and trying to get a handle on events before responding, that should be acceptable — for a while. The times when central bankers need to maintain the visage of the all-wise and all-knowing have passed: Nimbleness of thought and word should become the new benchmark. What’s counterproductive is acknowledging there will be economic damage and then sounding sanguine, as I wrote last week.

We’re already starting to see the benefits of tracking thoughts in real time. Officials contemplating rate cuts appear to be edging toward doing so. Powell’s comments linking the virus fallout to the question of a “material reassessment” are significant. They suggest the outbreak doesn’t have to actually hurt the US economy for the Fed to take action, it just needs to alter the prognosis. Historically, that phrase has been used sparingly.

Let’s give the RBA’s Heath, a respected senior staffer, some time to calibrate and points for candor. Both she and Powell could have been smoother. But, in their own ways, they’ve given us a taste of the future. This is one of those times when it’s fine to be a little bit human.