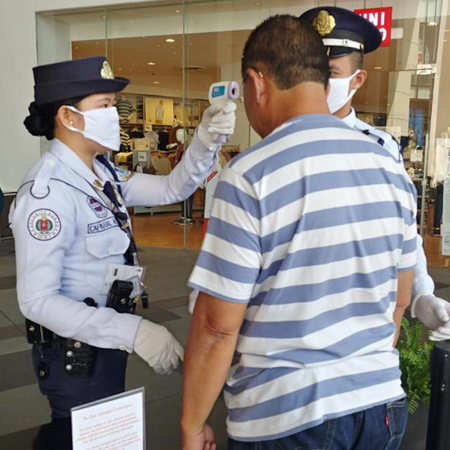 PANIC over the spread of the coronavirus disease 2019 (COVID-19) around Metro Manila is hurting the property sector, as more Filipinos avoid visiting shopping malls and staying at hotels.

In a briefing in Makati City yesterday, Pronove Tai President and Chief Executive Officer Monique C. Pronove said the coronavirus outbreak will weigh heavily on the hospitality and retail sectors, as the number of foreign tourists plunge and major public events such as conferences are canceled or postponed.

“Mass hysteria will impact the property sector in the first half of 2020 as a reaction to COVID-19,” she said.

“Occupancy level will drastically decrease due to lower tourist arrivals, as well as temporary postponement of large MICE (meetings, incentives, conferences and exhibitions).”

Major trade events, such as the Philippine Hospitality Summit, Chamber of Thrift Banks Convention, Philippine World Building and Construction Exposition and Franchise Asia Philippines, scheduled this month have been postponed to later dates. These were supposed to be held at convention centers, hotels and events venues around Metro Manila.

Pronove Tai said occupancy levels in the hospitality sector have been averaging 65% for the last five years, but this may be halved due to COVID-19.

Government estimates showed the Philippines may lose as much as 1.42 million foreign tourist arrivals this year, amid a travel ban imposed on Chinese tourists. Of the 8.26 million visitor arrivals last year, Chinese tourists was the second-biggest source at 1.74 million.

While some call for a lockdown of Metro Manila, Ms. Pronove warned such a move will be counterproductive, as this will further drag the country’s economy that is largely powered by consumer spending.

“Our call to action is to disinfect… We have a responsibility to keep the economy going,” she said, adding that buildings should always be disinfected.

“What I’m very scared of (is turning public spaces into) virtually ghost towns. We don’t want that to happen, because jobs will be affected, the economy will be affected. We can prevent it through education,” Ms. Pronove said.

Mall operators have been implementing measures to ensure the safety of its customers and employees.

Ayala Malls, Inc. President Jennylle Tupaz in a statement said high-touch surfaces such as escalator handles, railings and elevator buttons are regularly disinfected, while sanitizers are available at elevators and concierge counters at all of its malls.

“Restrooms strictly follow our standard 5-10-15 protocol, where cubicles and water closets are cleaned for every five customers, surfaces are wiped every 10 minutes, and restroom amenities such as soap, hand sanitizers, and toilet papers are replenished every 15 minutes,” Ms. Tupaz said.

RESILIENT SECTORS
Unlike the retail and hospitality sectors, the office, residential and industrial warehousing segments are likely to be more resilient during these times.

“This hysteria will obviously impact those two sectors. But the leases for offices, for other sectors, these are three- to five-year leases. It’s not going to go down drastically. Landlords will always adopt a wait-and-see attitude,” Ms. Pronove said.

Property developers said they expect demand for residential spaces to remain high, although purchases may be delayed until the COVID-19 outbreak subsides.

In a separate panel discussion by online property marketplace Lamudi yesterday, officials of Federal Land, Inc. (FLI) and PHINMA Property Holdings Corp. said business has been performing well, and may remain so if things do not worsen in the next months.

“Our first two months were very good. The first week of March was also very good in terms of sales of our residential units. So we are not feeling the effect yet,” FLI Executive Vice-President Catherine C. Ko said.

“We anticipate, though, that…there may be a little resistance. We might have to hold off on some of our open houses… If people don’t come and see our model units, maybe there’ll be a move to postpone buying, but not to cancel outright,” she added.

PHINMA Property Chief Executive Officer Raphael B. Felix shared the same view: “Things were good. Do I expect it to be otherwise? Depends how this escalates.”

Unlike going to a mall or eating out at a restaurant, he said buying a property is not a decision that one makes overnight and could change in an instant.

“If it’s going to continue its trend — you get about five new cases every week — then I don’t see it affecting much. Why? Home buying is something you plan for… It’s something you plan for well in advance. People have this in their minds, they have it as an objective, and they’re out to do it,” Mr. Felix said.

However, property developers are looking at how the virus fallout may impact projects, in the event of disruption in the shipment of raw materials and lack of available labor.

“If you don’t have workers constructing the buildings, then we will be delayed. We have not seen any of that happening yet… but we are already monitoring,” FLI’s Ms. Ko said.

PHINMA Property’s Mr. Felix said building completions may be affected if shipments of raw materials from China are delayed.

“The major effect of all of these is to our income statement. Our accounting system in this country is based on percentage completion. If our construction projects don’t go, even if all the sales are there, we don’t recognize revenues. That’s a big problem for us,” he said. — Denise A. Valdez