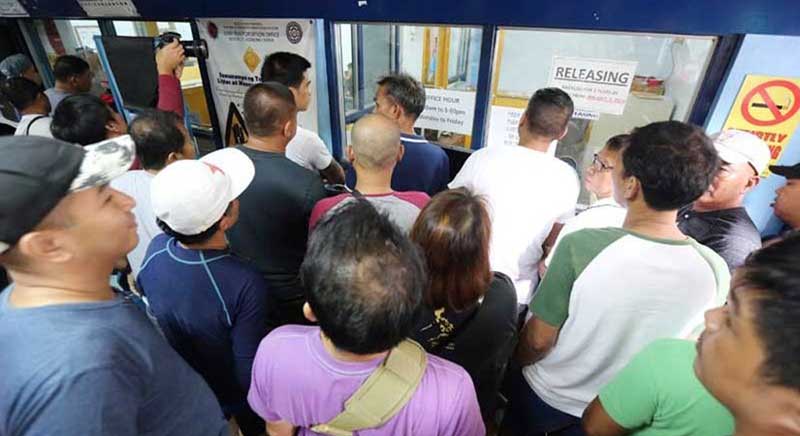 The House of Representatives was due to pass on third and final reading late Friday a measure seeking to grant the President powers to reduce red tape during national emergencies such as the current pandemic.

Mr. Duterte has repeatedly expressed frustration over the slow workings of the bureaucracy.

The measure gives the President authority to suspend the requirements for national and local permits, certifications, and licenses.

HB 7884 aims to “accelerate and streamline” regulatory processes for new and pending applications and renewals of permits, licenses, clearances, certifications and authorizations in all agencies of the Executive branch.

The measure, however, cannot be used to “undermine the existing procedures and processes, under applicable laws, rules and regulations, meant to protect the environment, especially those that aim to safeguard protected areas and its buffer zones, and environmentally critical areas.”

The bill also grants the President power to suspend or remove any government official or employee violating the proposed law.

The bill is intended to help struggling micro, small and medium enterprises that are “finding it difficult to allocate limited resources to facilitate registration with many different government agencies,” House committee on trade and industry chair Weslie T. Gatchalian told BusinessWorld in a Viber message Friday.

“We recognize the challenges faced by our enterprising countrymen and we want to make their lives easier. We want to help them get registered, legitimized, and operational so that they can once again start earning a living,” he said.

The Senate version of the bill passed on final reading Wednesday. The bill is expected to be approved in bicameral conference by next month. — Kyle Aristophere T. Atienza