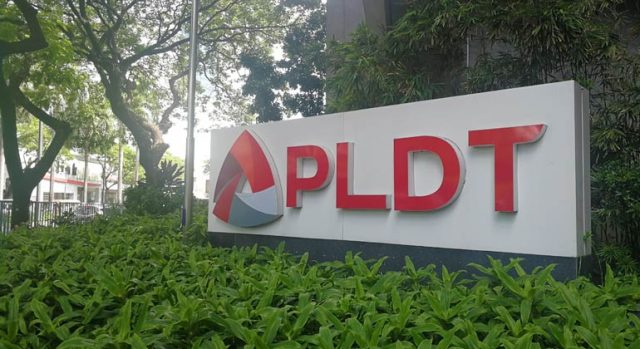 PLDT, Inc. reported on Thursday an attributable net income of P5.80 billion for the first three months of 2021, down 1.84% from  P5.91 billion in the same period a year ago, mainly due to higher expenses.

“The first-quarter results look pretty good. We are on target in terms of our telco core income for the year of P29 billion to P30 billion,” PLDT Chairman, President and Chief Executive Officer Manuel V. Pangilinan said at an online press briefing.

In a statement to the stock exchange, PLDT said its first-quarter telco core income, which excludes the impact of asset sales and Voyager Innovations, Inc., increased 9.02% to P7.50 billion from P6.89 billion in the same period in 2020.

The company saw its total revenues climb 9.80% to P47.92 billion from the P43.65 billion reported in the same period a year earlier. Service revenues rose 9.28% to P45.68 billion from P41.80 billion previously, with data/broadband services accounting for around 76% of the total.

“With respect to the current year, the impact of the 25% versus 30% tax rate was close to P400 million for the quarter,” she noted.

Out of the capital expenditure (capex) commitment of up to P92 billion for 2021, PLDT spent over P20 billion in the first quarter, Mr. Pangilinan said.

Network upgrades, the company said, made up bulk of the capex spend. “The unrelenting rollout of fiber, 5G and 4G/LTE networks to support business demand underpin the 2021 capex commitment.”

“The strategy is concentrated on the local markets. Profitability is possible by 2024,” he said.

“If they accomplish P1 trillion or more than a trillion of gross transaction value [this year] on both sides, merchants and consumers, then they are closer to positive EBITDA by 2023 or even earlier. It depends on the volume,” Mr. Pangilinan explained.

PANGILINAN’S SUCCESSOR
Also on Thursday, Mr. Pangilinan said he will soon retire as president and chief executive officer of PLDT.

He said the matter will be discussed at PLDT’s annual shareholders’ meeting “scheduled next month.”

“I will retire as president and CEO of PLDT and pass the baton over to Al so I will stay as chairman,” Mr. Pangilinan said, referring to Smart President and Chief Executive Officer and PLDT Chief Revenue Officer Alfredo S. Panlilio.

“Of course, that’s subject to shareholders’ consent,” he noted.

Hastings Holdings, Inc., a unit of PLDT Beneficial Trust Fund subsidiary MediaQuest Holdings, Inc., has a stake in BusinessWorld through the Philippine Star Group, which it controls.

Garbage to be returned to Hong Kong