The four-time Olympian’s achievement of winning in the 55-kilogram class weightlifting competition garnered overflowing support and recognition from fans on Facebook and Instagram.

Facebook also reported that the Philippines was the country that talked most about the Olympics on the platform, ahead of the United States and India, with the Philippine flag emoji ranking third on the list of most-used emojis on the app. 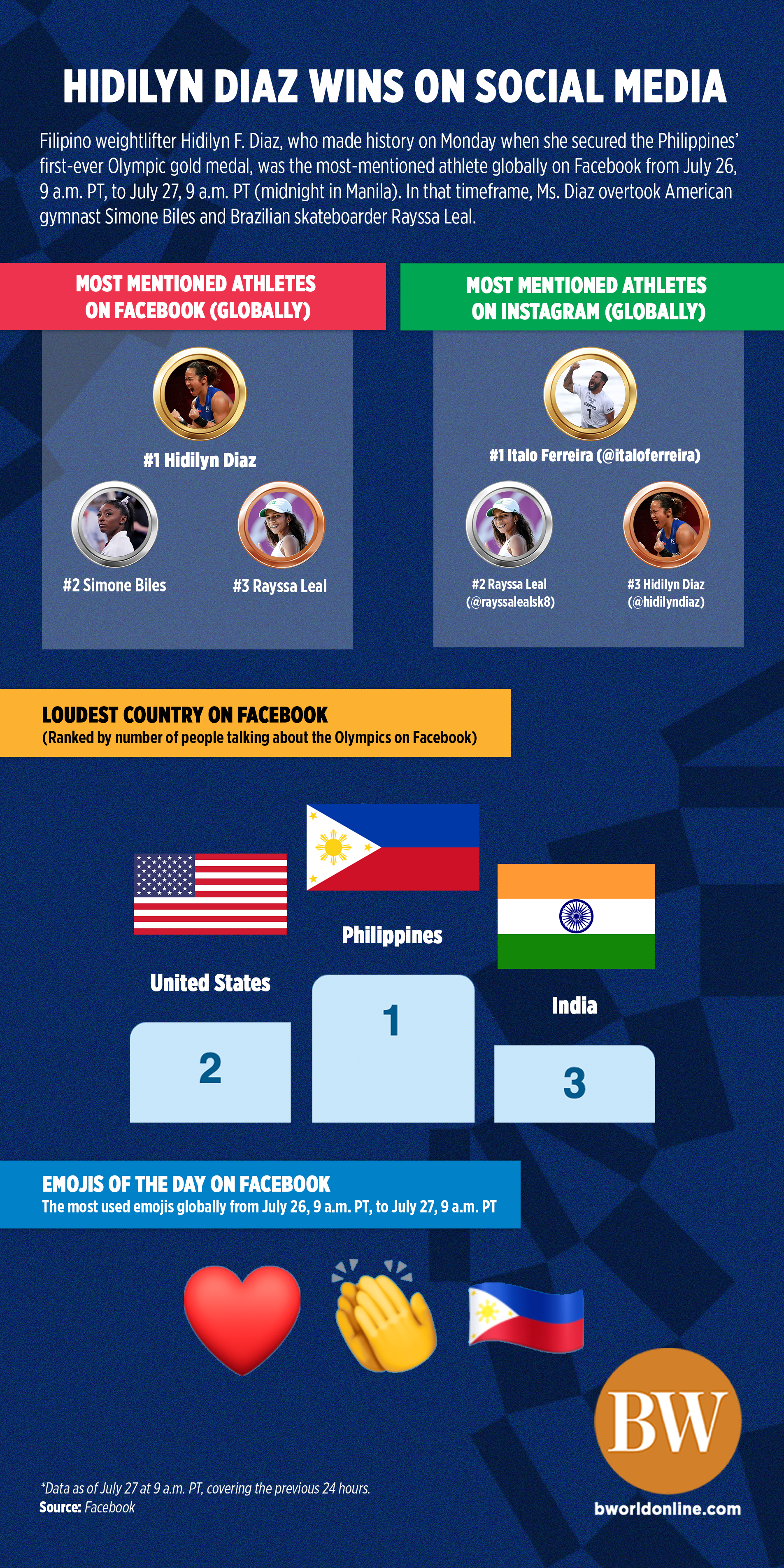 [B-SIDE Podcast] The science of sound: using music in marketing