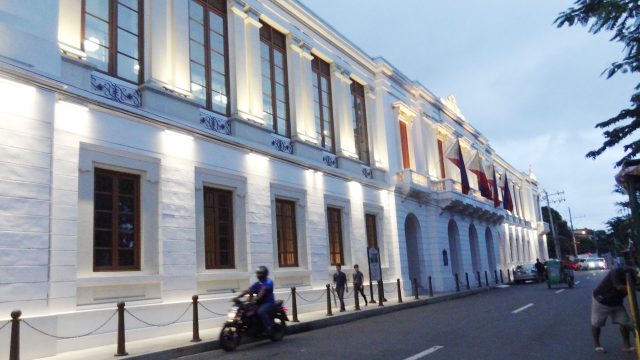 THE GOVERNMENT rejected all bids for its offer of reissued Treasury bonds (T-bonds) on Tuesday as yields shot up amid taper talks by the US Federal Reserve (Fed).

The Bureau of the Treasury (BTr) rejected all tenders up for the reissued 20-year T-bonds that have a remaining life of 11 years and seven months.

The BTr did not accept any bids even as the auction saw P46.122 billion in total bids, which was more than the P30 billion on offer, but much smaller than the P65.265 billion tenders seen when the papers were previously offered on June 29.

The yield would also be higher by 41.1 bps than the 10-year tenor’s rate of 4.122% at the secondary market, which was the closest benchmark tenor to the remaining life of the reissued 20-year papers on the auction block.

National Treasurer Rosalia V. de Leon said they decided to make a full rejection of the bids after rates sought by investors were “unreasonably way above the secondary levels.”

Ms. De Leon told reporters via Viber that markets were probably pricing in the possibility that the Fed might start scaling down its bond purchases as seen in the minutes released from the policy meeting last month.

Minutes of the July 27-28 meeting released last week showed the US central bank was expecting to reduce its monthly purchases of $120 billion in US Treasury bonds and mortgage-backed securities later this year, according to a report by Reuters.

Back home, a bond trader said the unsuccessful T-bond auction on Tuesday showed that the market was not that keen on the notes on offer while the government was not desperate to borrow at an unreasonably high rate.

Demand for safe assets like government securities has remained strong amid lingering concerns over the coronavirus pandemic, keeping rates low.

As uncertainties persist amid the crisis, financial markets, including the fixed-income market, remain volatile where certain factors could cause rates to spike.

The Treasury is looking to raise P200 billion from the local market this month: P60 billion via weekly offers of Treasury bills and P140 billion from weekly auctions of T-bonds. The BTr is expected to release its borrowing plan for September in the coming days.

The government wants to borrow P3 trillion from domestic and external sources this year to help fund a budget deficit seen to hit 9.3% of gross domestic product. — Beatrice M. Laforga

Known for its rum, Tanduay releases a whisky

How goes the economy?