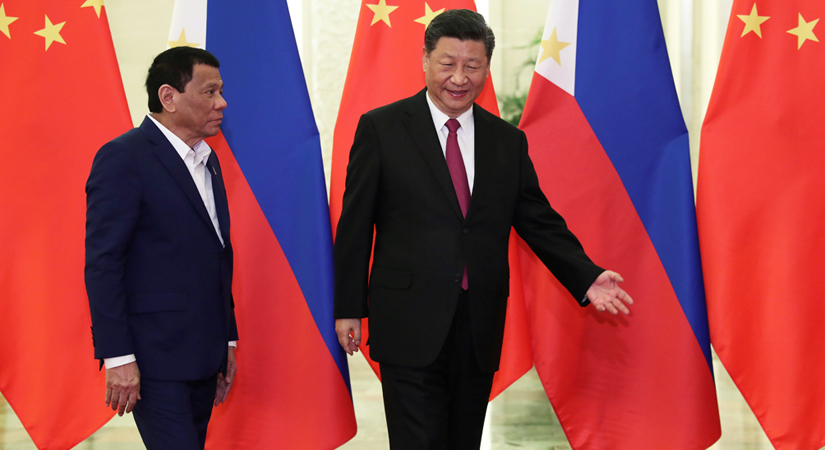 MORE MEETINGS with the Chinese government could help address the “slow pace” of disbursement of official development assistance (ODA), a top official said.

“Actually, the ODA coming from China has been rather slow,” Socioeconomic Planning Secretary Ernesto M. Pernia said in a forum on Friday.

So far, the only ongoing China-funded projects are the Chico River Dam irrigation project in Cagayan Valley and the Kaliwa Dam project which “has barely started,” Mr. Pernia said.

“Compared with Japan, Japan International Cooperation Agency (JICA) ODA has been much faster, there are so many projects now being funded that are ongoing,” he said.

The Japanese and the Philippine governments are holding regular meetings to discuss the progress of Japan-funded infrastructure projects. They had their ninth meeting last month.

Asked if more frequent meetings can address the slow pace of disbursements, Mr. Pernia told reporters: “I hope so… maybe it’s going to be more effective than this one.”

For instance, Mr. Pernia pointed out that even the process of screening and selecting the companies they will work with has been “rather slow.”

China ranked seventh with $273.3 million worth of ODA loans as of March 2019 based on data from the National Economic and Development Authority (NEDA).

Japan remained the country’s top source of ODA at $8.152 billion worth of loans, followed by multilaterals such as World Bank ($3.146 billion) and the Asian Development Bank ($2.865 billion).

ODA is among the funding sources sought by the government to finance its projects and programs, especially infrastructure ones.

DEBT STOCK TO DECLINE
Despite higher borrowings to fund the state’s growing spending plan, which is now set at P4.1 trillion, Mr. Pernia said the country can still manage a healthy debt burden.

The country’s debt-to-gross domestic product (GDP) ratio, or the total debt relative to economy, dipped to 41.5% last year from the 41.8% recorded in 2018. That was the lowest debt stock level the country had since 1986, the earliest year with available data.

“[Someone projected that] we’re in danger of overshooting our debt level beyond 100%? No way. Actually our debt level now, domestic as well as foreign, is only 41.5%. If you look at foreign debt level it’s only about 23%. It’s unlikely that we would be hitting even 50% debt to GDP ratio,” he said.

Finance department’s Chief Economist Gil S. Beltran said the country’s debt stock level could even further decline to as low as 40% by 2022.

“I attribute the lower debt-to-GDP ratio in 2019 to government underspending on the back of a delayed national budget. This, plus improved fiscal efforts that narrowed the fiscal gap reduced borrowings for the year and thereby the overall debt stock,” Mr. Roces said in an e-mailed response on Friday. — Beatrice M. Laforga