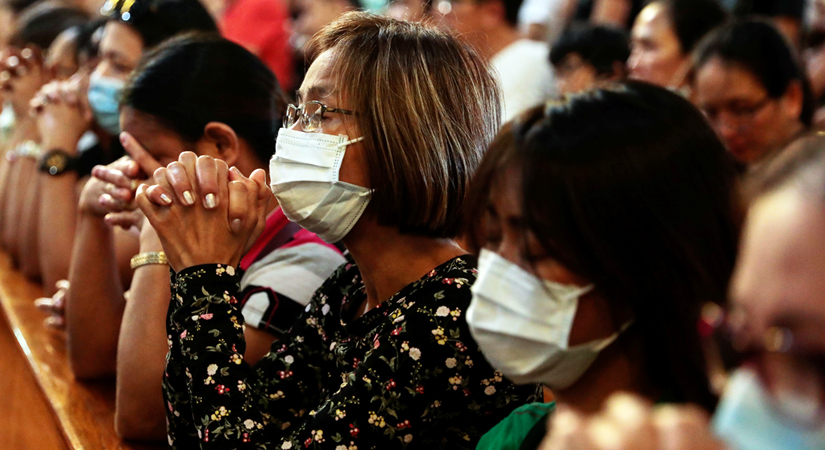 The government on Friday backtracked on its decision to allow religious and work-related gatherings under a relaxed lockdown in some areas of the country, after some lawmakers and local officials objected to it.
An inter-agency task force discussed the policy and decided to keep the ban on all public gatherings, presidential spokesman Harry L. Roque said at a news briefing.

Some lawmakers and local officials earlier said religious and work meetings could spread the novel coronavirus.
The Department of Health reported 284 new infections on Friday, bringing the total to 8,772.

Minimum health standards must also be met including wearing face masks and shields and hand sanitation, he added.
Under the rules, social distancing of at least a meter between passengers of public transportation will be enforced.

Low- and medium-risk areas will be placed under a more relaxed lockdown starting May 1.

Bacolod was also included in high-risk areas as proposed by provincial officials.
The movement of people under the general community quarantine will be limited to accessing basic needs and work in permitted industries, Mr. Roque said on Thursday.

Starting May 16, all decisions to impose, lift or extend a community quarantine in provinces, highly-urbanized cities and independent component cities will be made by the inter-agency task force, according to a copy of the rules.

Provincial governors may impose, lift or extend the quarantine in cities and municipalities upon the concurrence of the relevant regional counterpart body of the task force.

Local chief executives of cities and municipalities may also impose, lift or extend the enhanced community quarantine in villages, upon the concurrence of the relevant regional counterpart body of the task force.