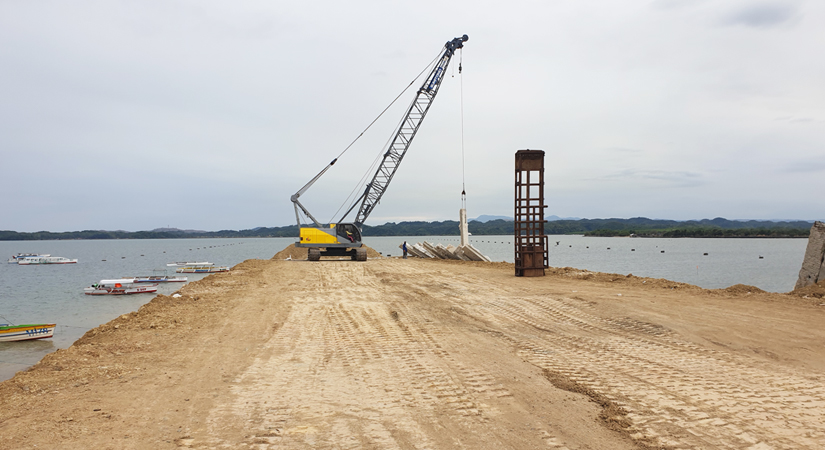 HIGHER government spending will probably cushion the effects of a deadly coronavirus outbreak on the Philippine economy, according to analysts.

Improved tax collection would also keep the budget deficit in check and maintain debt levels low amid an outbreak that has killed about 3,000 and sickened 88,000 more, mostly in China, they said.

“The pickup in infrastructure spending in (December) 2019, after a slow start at the beginning of the year suggests strong government commitment towards meeting its infrastructure targets,” Sagarika Chandra, associate director at Fitch Ratings’ Asia-Pacific Sovereigns team, said in an e-mailed reply to questions.

“If the strong pace of infrastructure spending is maintained this year, it would bode well for growth,” she added.

The budget deficit widened to a record P660.2 billion in 2019 as a result of the government spending mainly for infrastructure projects and social protection programs.

The full-year budget gap breached the P620-billion deficit programmed for the year, and was 18.27% higher than the deficit in 2018. The deficit was 3.55% of the gross domestic product (GDP), exceeding the 3.25% limit for the year.

“The unexpectedly large rise in government spending at the end of 2019 provides some comfort that fiscal expenditure can provide a buffer against the negative impact of the coronavirus outbreak on exports, tourism and other sectors of the Philippine economy,” Christian de Guzman, senior vice-president of Sovereign Risk Group at Moody’s Investor Service said in an e-mail last week.

“At the same time, an increase in revenue on the back of higher taxes effective at the beginning of the year helps to ensure that deficits will not widen more significantly, keeping debt levels in check,” he added.

Socioeconomic Planning Secretary Ernesto M. Pernia on Monday said the budget deficit was likely to settle at 3.5% of GDP this year, adding that “we have to borrow more to accommodate it.”

He added that higher state spending this year could offset the effects of the coronavirus disease 2019 (COVID-19) outbreak on the economy “to some extent.”

The outbreak could dent growth in the next two quarters by an average 0.3 percentage point, the central bank said last month.

Bangko Sentral ng Pilipinas would be re-assessing the impact of the virus as it spreads to more countries outside China including Italy, South Korea and Iran, Governor Benjamin E. Diokno said last week.

The National Economic and Development Authority last month said the tourism sector could lose about P22.7 billion in monthly revenue because of the outbreak.

The Tourism department had estimated P42.9 billion in losses from February to April as flights got canceled and events were postponed.

The government eyes growth of 6.5-7.5% this year after a 5.9% economic expansion last year.