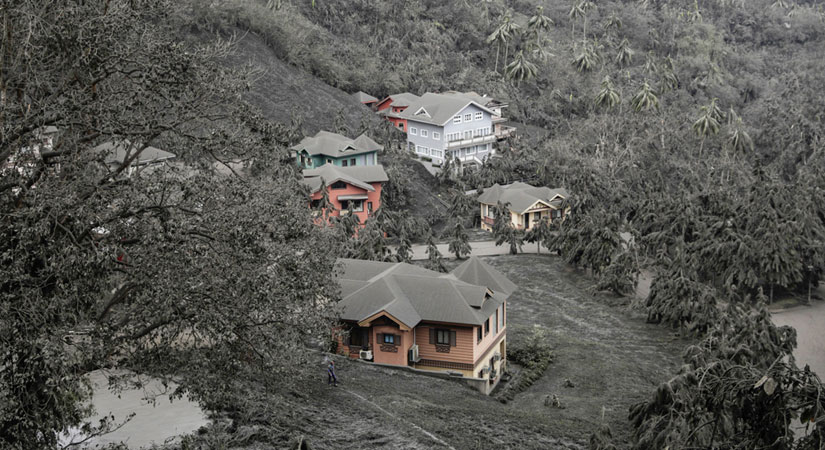 THE Philippine government said it is working to resettle any affected families in case of an explosive eruption of the Taal volcano.

The newly formed Department of Human Settlements and Urban Development (DHSUD) said in a briefing in Makati City on Friday that the National Housing Authority (NHA) is already looking at an 800-hectare piece of land in Cavite as a possible relocation site.

While the possibility remains that Taal volcano will not erupt further and evacuees may return to their homes in Batangas, Mr. Del Rosario said the government is looking at contingency plans such as building new houses in Cavite or temporarily moving evacuees to other sites.

Among the plans, he said, is offering the 1,000-unit housing project of the Armed Forces of the Philippines and the Philippine National Police in Ibaan, Batangas to the Taal evacuees. He noted that the provincial government is already arranging for lights and water in these sites to prepare for evacuees.

“(The) 22,000 housing units can be built if we will have a full-scale construction within a year. The problem is where will they (evacuees) stay before the construction is completed? That is where the evacuation centers will come in, and we have available 1,000 units in Batangas that can be fixed and used in months’ time,” Mr. Del Rosario said.

“We are preparing for the worst case scenario, and the government is ready for this event,” he added.

Mr. Del Rosario gave an initial amount of P11 billion that will be needed for the Cavite relocation, computed from the P500,000 cost per housing unit multiplied by the estimated 22,000 families affected. Should the project push through in case of a devastating Taal volcano eruption, this amount will be taken from the supplemental budget of P30 billion that Congress is studying.

HOUSING LOANS FOR EVACUEES
The Social Housing Finance Corp. (SHFC), another agency under DHSUD, also announced on Friday that it is adjusting its interest rates for member-beneficiaries to as low as 2%.

The government-owned and -controlled corporation said that starting January, it is implementing socialized interest rates for those availing of the full package of loans under its Community Mortgage Program. A full package includes its three loan types.

The scheme will have 10 classifications, where those falling under the first and second deciles will pay an interest rate of 2% from the current 6%. Repayment term for those in this bracket is also extended to 35 years from 25 years with graduated amortization.

SHFC said that the 2% interest rate is the lowest in the country’s history of housing financing. SHFC head Arnolfo Ricardo B. Cabling said this will help about 80% of its borrowers that come from evacuees of danger zones, which comprise 30% of SHFC’S portfolio.

The agency was able to provide P2.48 billion in housing loans to 32,797 beneficiaries in 2019, double the number of beneficiaries from the previous year.

Aside from the socialized interest rates, SHFC is also offering a penalty condonation program for borrowers that have arrears worth at least three months of amortizations. Under the program they will no longer have to pay the accumulated penalties and surcharges from unpaid amortization.

“This is our gift to our low-income clients… [W]e are hoping that (beneficiaries) will immediately file their applications before the program ends in 2021,” Mr. Cabling said in a statement. — Denise A. Valdez