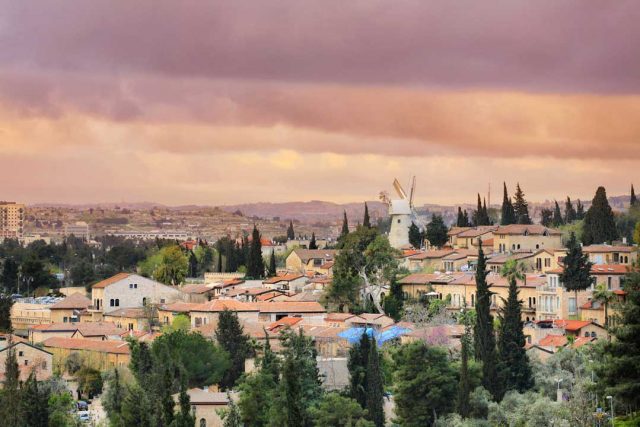 TEL AVIV — Tourists hoping to visit Jerusalem or Tel Aviv after Israel’s announcement last week that it would open to some vaccinated foreign travelers should read the fine print before booking, local hoteliers say.

The new rules, due to go into effect on Nov. 1 ahead of the Christmas season, permit individual tourists who have received COVID-19 vaccine boosters to enter but not if more than six months have lapsed since their last dose, with some exceptions.

That has tempered excitement among hoteliers hoping for some improvement around 20 months after Israel banned most foreigners to halt the spread of the coronavirus.

“How many tourists out in the world have actually gotten boosters or are sitting in that six-month period following their second dose?” Israel Hotel Association CEO Yael Danieli said.

“Even if both parents in a family are vaccinated, their children under 12 are not, so they mostly can’t come to Israel.”

Israel has offered third doses of the Pfizer-BioNTech jab to all residents over 12. Other countries, including the United States, have begun administering vaccine boosters but in many cases only to the elderly or people with underlying medical conditions.

That means many would-be travelers whose last dose was before May 1 cannot enter Israel.

Hotel owners in Jerusalem, Tel Aviv, Nazareth and in Bethlehem in the occupied West Bank say they have yet to see a large increase in bookings.

The entry rules also apply to visitors wanting to visit the West Bank as Israel controls all the border crossings. Tourists who enter Israel are also generally able to travel to Bethlehem and other Palestinian towns.

“It is a great step to start but I am not expecting big numbers until next year,” said Joey Canavati, manager of Bethlehem’s Alexander Hotel. “At the moment we just want to stop the bleeding, stop digging into our savings.”

Tourism dropped over 80% in 2020 after hitting a record high of 4.55 million visitors in 2019 that contributed $7.2 billion to Israel’s economy and boosted tourism-dependent Bethlehem.

The new rules, which await ratification, include some exemptions.

Entry will be granted to travelers, including children, who recovered from COVID-19 (coronavirus disease 2019) in the six months prior. Anyone who recovered earlier will also be admitted if they received least one vac-cine dose approved by the World Health Organization.

In recent months, Israel has allowed in small groups of vaccinated tourists. The new rules exempt such groups from the six-month requirement, as long as members take PCR or antigen tests every 72 hours for the first two weeks of their stay.

Danieli is urging the government to apply similar rules to individual tourists.

“We just want to make it easier for tourists, so they come back. We can’t say how many will be able to come with these rules.” — Reuters

COVID shots are finally arriving, but Africa can’t get them all into people’s arms