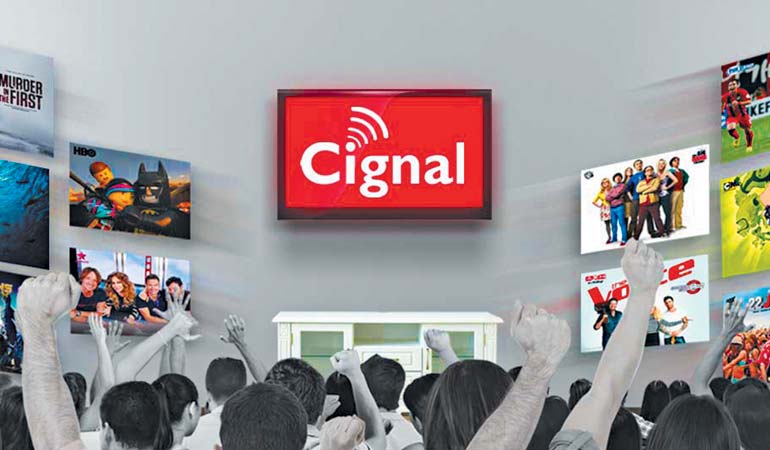 One of the sectors within the media industry Chairman Manny V. Pangilinan (MVP) initially entered through MediaQuest Holdings, Inc. is direct broadcast satellite. After the firm acquired a majority stake in the then GV Broadcasting System in 2007 and renamed it to Mediascape, Inc. the following year, a direct-to-home (DTH) satellite service known by many as Cignal was launched in 2009.

A decade forward, Cignal TV now thrives as the country’s premier DTH satellite provider, and it has also ventured beyond providing content as the company broadcasts several exclusive channels and produces in-house content.

Cignal also distributes its own channels, namely One News, One PH, Colours, One Sports, Sari-Sari Channel, and PBA Rush.

One of the provider’s most-known channels, One News was launched in May 2018. Cignal’s flagship 24-hour news channel joins the forces of The Philippine Star, BusinessWorld, News5 (TV5’s news division), and Bloomberg TV Philippines.

For MVP, bringing together these reputable media outfits is a great way of pursuing truth at a time when fake news can hold anyone captive. “In our business, or in our group… we should always tell the truth, no matter how much it hurts or how much it damages potentially,” he was quoted as saying in a report by The Philippine Star on the launch of the channel two years ago.

One PH, the latest addition by Cignal, is a 24-hour Filipino-language news and information channel that signed on last August 2019. Tagged as “Ang Boses ng Nagkakaisang Pilipinas”, the channel brings together the resources of Pilipino Star Ngayon, The Freeman, Radyo5 92.3 NewsFM, and News5 for its content. Aside from its uniquely-delivered newscasts, One PH has programs that tackle financial management, legal procedures, entertainment and gossip, motoring, and sports — all tailored for the general public.

In partnership with Viva Entertainment Inc., Cignal also airs Sari-Sari Channel, an entertainment channel that promotes local movies and TV dramas tailored to a wide range of audiences. Original productions by Studio5 as well as box office hits from Viva Films can be viewed on the channel.

Serving as the go-to channel for the PBA fan, PBA Rush not only broadcasts the live telecast of PBA and PBA D-League games, but also PBA-related magazine and talk shows and documentaries.

Aside from DTH, Cignal offers online streaming of its content through its video-on-demand and linear programming web platform, Cignal Play. Recently, last August, BusinessWorld reported that Cignal Play will be relaunched as a standalone product for Cignal’s original content and shows from its partners such as HBO and AXN.

Cignal also began its venture to produce “fresh, relevant and intelligent content to the screens of Filipinos” when it launched Cignal Entertainment in 2017. It partnered with creative outfits such as Sari Sari Network, Unitel Productions, The IdeaFirst Company, Content Cows Company, Fox International, and Masque Valley Productions.

Cignal Entertainment’s first entry is Tukhang, a four-part mini-series that told the stories of individuals trying to survive each day in the context of the country’s war against illegal drugs.

Succeeding this production is Ang Babaeng Allergic sa WiFi, shown in 2018 at Pista ng Pelikulang Pilipino. After being screened in theaters, this original movie has also reached a global audience via popular streaming platform Netflix since last year.

As it innovates with fresh channels on digital TV and competitive content on movie theatres and online, Cignal has seen notable growth, with the latest number of subscribers amounting to 2.2 million in the third quarter last year. For Cignal TV President and Chief Executive Officer Jane J. Basas, this makes the firm “the biggest” in the country today.

“The goal is also to come up with new initiatives that will allow us to remain relevant moving forward because there’s actually a change in viewing behavior,”  Ms. Basas siad in a BusinessWorld report last November. “There’s a particular segment of the market, particularly the more premium segment on the young who now have more access to more digital platforms. So we [want to] make sure that Cignal pivots towards digital services.” — Adrian Paul B. Conoza