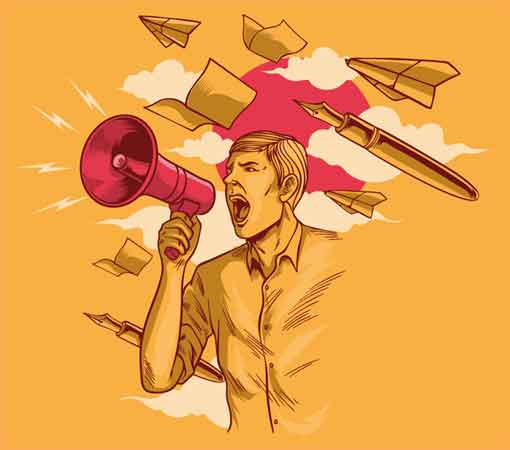 For the third time, I watched, intensely engrossed, the Steven Spielberg movie The Post. Aside from the truly award-winning performances by the cast led by Meryl Streep, Tom Hanks, Sarah Paulson and others, what struck the deepest chord in me was a quotation cited towards the end of the film. US Supreme Court Justice Hugo Black was quoted as saying in his majority opinion allowing the Washington Post and the New York Times to publish their Pentagon Papers stories that “the press is to serve the governed, not the governors.”

The two papers had exposed the confidential Pentagon Papers which cited a Rand study report indicating that the US government had deceived the American people about the conduct of the Vietnam War. The report had indicated that for many years, starting with the Kennedy administration, to those of Lyndon Johnson and Nixon, the US Defense Department had known that they could not win the war in Vietnam. And yet, the government continued to send young Americans to fight the war, in which so many of them died or ended up maimed for life. Exposing the Pentagon papers was not easy for Post publisher Katherine Graham and editor Benjamin Bradlee. Graham and her late husband Phillip were very friendly with Defense Secretary Robert McNamara; and Bradlee was a long time buddy of President John F. Kennedy. But the pair stuck to their journalism guns.

Researcher/analyst Daniel Ellsberg disclosed that the US government did not want to look like a loser in the war and thus continued to fight it. The expose heightened public opposition to the Vietnam War which, as we now know, led to the abandonment of the war by the United States. Today, the United States and Vietnam constructively do business together.

The Washington Post’s victory in the Supreme Court emboldened two of its reporters, Bob Woodward and Carl Bernstein, to subsequently expose the election-related break-in to the Democratic Party headquarters that became known as Watergate, which led to the resignation of President Richard Nixon. Thus was born the journalistic specialty now known as investigative reporting.

The Philippines has produced several outstanding investigative journalists, including Sheila Coronel, now Director of the Toni Stabile Center for Investigative Journalism, and Dean of Academic Affairs of the Columbia University graduate school of journalism. As a Columbia University professor, Coronel has also received the Presidential Teaching Award. Her colleagues, Marites Vitug, Marilou Mangahas, and Lorna K. Tirol are among the founders of the renowned Philippine Center for Investigative Journalism (PCIJ).

Other notable Filipino journalists include the distinguished Eggie Apostol Duran, the dauntless Leticia Jimenez Magsanoc, and highly skilled writing and editing professionals Vergel Santos and Melinda Quintos de Jesus of the Center for Media Freedom and Responsibility. The courageous Joe Burgos of Malaya was known as the leader of the original “mosquito press” of the Marcos era. Many Filipino heroes, including Marcelo H. del Pilar, Jose Rizal, and Ninoy Aquino started out as journalists.

In a gridiron dinner speech to the US press toward the end of his presidency, Barack Obama described the relationship of the press with the government as necessarily “adversarial.” He cited the need for the press to search for and reveal the truth, counter distortions and untruths, expose abuses, and fight corruption. I guess, as Justice Hugo Black cited, to do these on behalf of the citizenry, or “the governed.”

We can drool over the independence and power that an advanced democracy such the United States allows its media. The adversarial CNN (pro-Democrat, anti-Republican?) and Fox News (anti-Democrat, pro-Republican?) certainly pull no punches.

Here in our country, the journalists’ attitudes range from those who would adhere to the “adversarial” posture and those who believe the Press should be neutral and just stick to reporting what it sees as the “Truth.” There are also jokes about what have come to be referred to as “praise releases.”

Living in an emerging but now threatened constitutional democracy, the Filipino citizenry and the Press must come to terms with what the role of the Press should be. There should be room enough for both “adversarial” and “neutral” policies. At the very minimum, it seems to me, we should follow Justice Black’s thinking that the Press is “to serve the governed, not the governors.” Article II of our Constitution, Declaration of Principles and State Policies states under Section 1: “The Philippines is a democratic and republican State. Sovereignty resides in the people and all government authority emanates from them.”

Today, we have social media bloggers being arrested for mere hyperbolic threats to pay millions of pesos which a schoolteacher can certainly not afford nor even raise. This, despite a Constitutional provision that no person is to be deprived of life, liberty, or property without due process.

Our tax-funded government-run TV station is airing propaganda for the Chinese government (the show Wow, China) which technically should be our enemy, since China has been forcibly taking possession of and destroying marine resources over which the UN Arbitral Court has confirmed our sovereignty. The islets in our seas have also been converted into military bases with nary a peep from us. Whatever happened to Rodrigo Duterte’s campaign promise to ride a jetski to Scarborough Shoal and plant the Philippine flag thereon?

We also seem to be ignoring Section 3 in our Declaration of Principles and State Policies: “The Armed Forces of the Philippines is the protector of the people and the State. Its goal is to secure the sovereignty of the State and the integrity of the national territory.”

Rappler’s outstanding journalists are constantly under threat of its closure; and its founding editor, Maria Ressa, has been facing charges in several courts.

Congress has been sitting on the application for franchise renewal of the largest radio and television broadcast network but is finally to hold hearings on the issue. Let us hope that the hearings reveal truths and their decisions are based on the national or the people’s interest, not politics.

Our duly elected Senator Leila de Lima is still detained and barred from even participating in online deliberations of the Senate. She has been in jail for three years. What are the charges, and are hearings being conducted? This is the kind of issue that the Press needs to cover for the people of the Philippines who voted her into the Senate.

Metro Manila Police Chief Debold Sinas has clearly violated his duty to enforce discipline in relation to the COVID-19 pandemic. His brazen and irresponsible carelessness has been reported in the Press and must not be allowed to be swept under the rug.

Health Secretary Francisco Duque and Justice Secretary Jose Calida have been shown as having conflicts of interest by benefiting from government-paid business contracts which are against the law. They are still in office. We should find out if they are still enjoying their alleged privileged sweetheart deals.

When is the Presidential Electoral Tribunal going to disclose the findings on the protest filed by losing candidate Bongbong Marcos for the Vice-Presidency of the Philippines? There are barely two years left in the vice-president’s term. The media has to follow this story and keep the Filipino people informed.

These are just a few examples of government neglect and malfeasance that the citizenry are entitled to know about. Government, after all, is accountable to the voters and taxpayers.

Leaders of the business community need to have their voices heard on what should be the role of the Press. There is enough pandemic obsequiousness plaguing various branches of government from Executive, to Legislature, to the Judiciary, and even the police and, alas, it seems sometimes, the military.

How are we going to learn the Truth to which we are entitled? Without an independent Press, we cannot claim to be a functioning democracy. We should have learned our lessons from the failed authoritarianism and controlled media of the Marcos era. When will we ever learn?