Home Features A more connected path for the nation 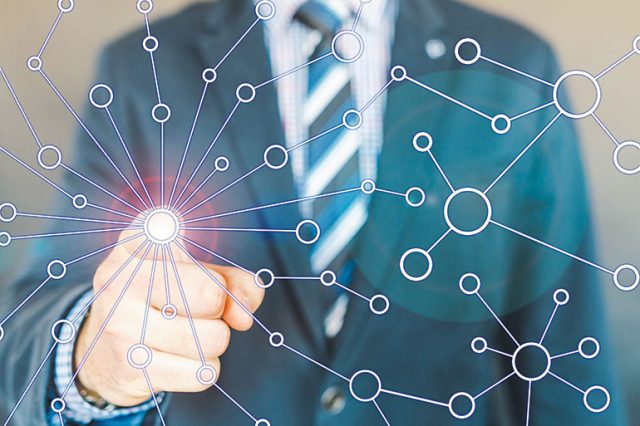 How PHL telcos respond to the increasing demand for connectivity

Last year, in an effort to control the spread of the coronavirus disease 2019 (COVID-19) pandemic, businesses, offices, and schools were forced to close, causing work and classes to continue at home using online means.

With the rise of remote work and e-learning amid the lockdown, the demand for connectivity was thus observed to have intensified. Yet, along with this increased demand, the lapses in the country’s connectivity were further revealed.

Last October, in their “Philippines Digital Economy Report 2020”, the World Bank and the National Economic and Development Authority observed that the country’s digital infrastructure remains weak and internet speeds are among the slowest and most expensive in the world.

“Digital infrastructure is limited in remote and rural areas, and where they are available, the internet services are relatively expensive and of poor quality,” the report read.

Data cited by the report showed that the Philippines has much room for improvement in terms of connectivity. Compared to its Southeast Asian neighbors, fixed broadband average download speed is at 26 megabits per second (mbps), compared to 59 mbps of its ASEAN peers. 3G/4G mobile average download speed is tallied at 7 mbps, nearly half short of ASEAN’s 13 mbps. 4G/LTE mobile broadband network coverage, meanwhile, is at 72% in the Philippines, compared to ASEAN’s 82%.

Add to that the higher cost of internet in the country in contrast with some of its ASEAN peers, with entry-level fixed broadband found to be priced at 6.5% of gross national income per capita in the country. This exceeds the 2% recommended threshold by the United Nations Broadband Commission.

The call for improved connectivity even reached the government, to the point that President Rodrigo R. Duterte, in his State of the Nation Address, urged telecommunications players to improve their services before 2020 ends.

In response, the leading telco players have ramped up their expansion efforts, which have been made much easier with the Bayanihan to Recover As One Act granting the government the power to simplify the permit process for building cell towers.

Telcos’ responses
In a press briefing of the Presidential spokesperson last December, telco firms — both existing and new ones — were gathered to give updates on how they were improving their services in the past months.

For PLDT and Smart Communication’s part, Smart President and Chief Executive Officer Alfredo S. Panlilio shared that upon ramping up its services after the lockdown, it is covering 96% of the country with wireless and 95% of cities and municipalities with fiber broadband. The firm was also to put on service about 10,069 cell sites, 58,538 base stations, 29,526 4G base stations.

Globe Telecom’s President and CEO Ernest L. Cu, meanwhile, said that it was able to secure a record number of 1,857 permits from July to November. “This has allowed us to actually exceed our rollout targets for the year,” Mr. Cu said, adding that amid the lockdown restrictions, it was able to catch up and would be able able to reach its target of 1,300 additional sites.

As shared by its Chief Administrative Officer Adel A. Tamano, new player DITO Telecom built over 1,900 towers, and laid over 12,000 kilometers of cables. The firm also announced that it completed its 5G test in the National Capital Region and has made its first 5G call.

As its Chief Executive Officer and President Exequiel C. Delgado shared in an e-mail to BusinessWorld, the wholly-owned Meralco subsidiary has invested in expanding its capacity as it anticipates the increase in traffic from home users.

“We ended the year with more than 5,200 km of fiber optic footprint and have expanded our presence in Clark, Pampanga, and in Cebu,” Mr. Delgado said. “We have commissioned ten Optical Line Terminals distributed within Metro Manila which are now ready to provide broadband connections for SMEs and residential customers.”

Aside from ramping up its fiber rollout, Radius also starts offering RED Fiber, a bundle of the company’s broadband services and Cignal TV’s cable content package. Mr. Delgado considers this solution as its response to the government’s call for better internet connectivity.

In spite of a perceived lagging performance of internet connections in the country, Radius Chief Operating Officer Jenevi L. Dela Paz recognized that there are marked improvements in the last five years. What lies ahead for providers like theirs, nonetheless, is to continue rolling out its services in emerging cities and the countryside.

“While the wireless option is a quick fix, there is still a need to make available reliable fiber connection to every Filipino home due to its stability and higher bandwidth capacity,” Mr. Dela Paz shared in the same e-mail.

Addressing persisting concerns
Mr. Delgado observed that the national government’s concern on internet connectivity in the past months caused a huge improvement among stakeholders, with different local government units rising to the President’s call.

The CEO stressed that this momentum should be continued by succeeding administrations. He also recommends that the government consider investing in a national fiber backbone network that will interconnect Luzon, Visayas, and Mindanao.

“This move will allow a new player like us to compete head-on with the big boys and eventually encourage more ISPs to put up shop in the process. This would mean lower capex for new providers and faster rollout of internet services to more Filipino homes in the countryside,” Mr. Delgado said.

Aside from low speeds and affordability, the digital divide remains an issue to be addressed as connectivity gets improved.

Mr. Delgado recognized that this pronounced divide, which proves that internet access is no longer a luxury but a basic utility, must be collaboratively addressed.

“In these trying times, the private sector and government should work together to close the gap and lower the cost to gain access,” he said. “More than the affordable connection, the cost of the gadgets and tech refresher for the teachers and parents should also be given attention and priority.”

As telcos exert effort in improving connectivity in the country, one can only hope for fewer interrupted connections to happen more sooner.

“If this becomes a reality, new homeowners and locators can easily request reliable internet connections which can be installed and activated more quickly than before,” Mr. Delgado said.

Why you should invest in people and technology

Trusted ways to upskill the workforce

The steadfast third player in a ‘two-network town’

The next steps for enhancing connectivity in the Philippines