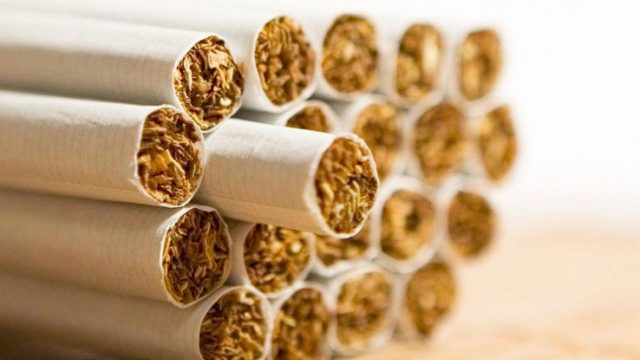 EXCISE TAX collections from cigarettes jumped by 31% to P83 billion in the first seven months, with more than half coming from Philip Morris Fortune Tobacco Co., Inc. (PMFTC), the Department of Finance (DoF) said on Monday.

In a statement, the DoF said data from the Bureau of Internal Revenue (BIR) showed PMFTC was the top cigarette manufacturer with P42.04 billion in excise tax payments from January to July. This was 7% higher than the P39.3-billion excise tax payments during the same period in 2020, when sales slumped due to the pandemic-induced lockdown.

The increase in excise taxes from tobacco products was attributed to higher tax rates and sales improvement, based on a report from Finance Assistant Secretary Ma. Teresa S. Habitan.

“People are still smoking despite the pandemic, hence the industry is still selling a higher volume of its products. PMFTC is still in the books of good taxpayers,” Ms. Habitan said in a separate Viber message on Monday.

She said the P5 increase in excise taxes slapped on each pack of cigarettes contributed P8.285 billion to overall collections, while improvement in sales of these so-called “sin” products pushed the total higher by P11.328 billion.

PMFTC’s tax payments increased even as its volume of tobacco removals — or the products released to market from tax-regulated storage — declined by 3.8% year on year.

Excise tax payments of PMFTC accounted for 50.65% of the BIR’s total tobacco excise tax collections in those seven months.

This was followed by the Japan Tobacco International (Philippines), Inc. (JTI), which saw its total excise tax payments surge by 73.2% to P38.8 billion as of July from P22.4 billion in the same period last year, thanks to a 56% rise in volume.

JTI remained the second-biggest taxpayer of cigarette excise taxes accounting for 46.7% of the total. Its volume of removals reached 777 million packs as of end-July, against the 498 million recorded in the same period last year.

Excise taxes on cigarettes and other tobacco products have been raised three times since 2016 as the government sought to generate funds for the Universal Health Care (UHC) program and other priority areas. — Beatrice M. Laforga

PHL gets $1.25-billion worth of loans for coronavirus response