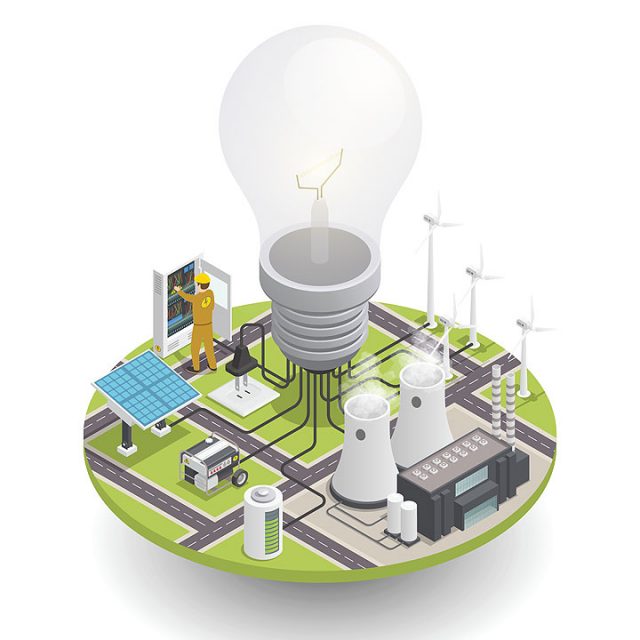 COAL-FIRED power plant companies in the Philippines have, in recent months, declared plans to rebalance their portfolio into one that has a growing share of renewables in the mix.

The move comes as the Energy department issues policies that make renewable energy (RE) projects more lucrative, while announcing a ban on new coal power stations.

Indicative projects, or those that have yet to secure financial backing, will have a “hard time” selling their products now because “we have too much baseload,” Energy Undersecretary Felix William B. Fuentebella told BusinessWorld at a virtual roundtable discussion.

While energy companies say coal will remain a necessity in providing stable power to a growing economy, they nonetheless disclosed plans to diversify their investments into more renewables.

Its P4.5-billlion foray into renewables came with a promise that renewable energy will constitute the largest segment of its portfolio in terms of number of power facilities.

In April, Aboitiz Power Corp. said it was looking at building 3,900 MW of renewable energy in about a decade to achieve an equal share of renewables and thermal energy in its portfolio. Four months later, it said it was considering a budget of P190 billion to build the target renewables capacity.

Given the increase in energy demand in the country, even during the pandemic, it is unclear whether such investments imply the start of coal-fired power plant closures.

“While we are seeing the emergence of alternative technologies, coal remains to be the most economically viable option for baseload power for a developing country like the Philippines in the short- to mid-term to meet demand growth,”  AboitizPower President and Chief Executive Officer Emmanuel V. Rubio said in an e-mail interview.

“We welcome and fully support the global move towards decarbonization,” Mr. Rubio noted. “But as far as our existing coal assets are concerned, these are still necessary to meet our country’s baseload energy needs.”

“As one of the Philippines’ largest power producers, we are well-positioned and committed to supporting the growth of renewable energy in the country. But at the same time, we have the responsibility to ensure that our energy supply remains sufficient and cost-competitive,” he added.

“The growing concern over climate change and increasing demand for cleaner energy prompted the development of renewable energy with the help of policies and regulations like the renewable portfolio standards, or the RPS, and the green energy option program, or GEOP, in a bid to boost the country’s renewable energy share to 35% by 2030,” he said.

But he said the challenge remains how to address the need for reliable, affordable and sustainable energy supply to support economic development.

The Energy department said earlier this year that peak power demand may hit 16,333 MW, topping the 15,282 MW high from 2020, which was recorded before the lockdowns were imposed.

MGen has begun to transition to low-carbon energy “in an orderly and cost-competitive manner by adding more environment-friendly power supply to our portfolio,” Mr. Azurin said.

“We have set our sights in building 1,500 MW of RE projects in the next seven years,” he added.

AC Energy Corp. expects a “very limited or no” new coal plants to be built following the Energy department’s announcement of a coal moratorium.

“We therefore expect the industry to focus on building gas, renewables and storage to address the growing power needs of the country,” AC Energy President and Chief Executive Officer Eric T. Francia said via e-mail.

“We’ve been seeing at the market quite a number of coal-fired power plants trying to shift to using biomass as an alternative fuel but not really mainstream yet. I think it’s inevitable that, globally, everyone is shifting towards renewable,” Citicore Power President Oliver Y. Tan said in an online interview.

The Energy department is still working to complete the latest edition of the National Renewable Energy Program covering the 2020-2040 period.

The department is proposing an adjustment in the yearly RPS increment for the country to achieve a 35% renewable energy share of the total generation mix by 2030.

The annual RPS increment is currently at 1%, but the National Renewable Energy Board wants it to be at least 2.52% by 2023 in order to meet the country’s “aspirational” renewable energy targets.

“With the RPS, the renewable portfolio standards being implemented by the Department of Energy…, we’ll see demand growth because of the policy. We anticipate that renewable energy would grow in terms of total mix, total supply mix,” Mr. Tan said.

“We believe that solar will corner a meaningful size, but because of the sheer size of geothermal and hydro, we believe that these will still be cornering a significant chunk of the renewable energy,” he added.

“Most of the incremental renewables capacity will come primarily from solar and wind, and some from geothermal, hydro and biomass. To achieve this 2030 goal, we estimate that the country should build at least 2,000 MW of renewables every year between 2023 and 2030,” he added.

“This would have to be complemented by a total of about 5,000 MW of new thermal or gas plants during the same period.”

Mr. Francia also pointed out that one critical issue that needs to be addressed is the upgrade of the national grid to enable the additional power capacities.

For Mr. Rubio, no one single technology can address all of the country’s energy requirements. “We are taking a pragmatic approach to serving our energy needs while pursuing environmental sustainability.”

“We intend to sustain this momentum with the significant growth of our Cleanergy portfolio over the next 10 years,” Mr. Rubio said.

AboitizPower currently has a balanced mix of renewable energy sources under its Cleanergy portfolio, which include run-of-river hydro, large hydro, geothermal, and solar.

Meanwhile, AC Energy focuses on scaling up its investments in solar and wind. The company intends to complement renewables with battery storage when the technology becomes scalable and competitive, which it hopes to see within the next five years, according to Mr. Francia.

Sharon O. Montañer, director for market operations service at the Energy Regulatory Commission, said in a roundtable discussion with BusinessWorld that the Philippines has been showing improvements in terms of renewable energy adoption.

“We are showing improvements even after the Renewable Energy Act (of 2008), when we implemented all the incentives. In fact, there is one project coming up that we have been coordinating closely with the Department of Energy, the green energy auction program. It is the extension of the feed-in tariff system program, but the rate will be set through an auction. This is one program that will improve the share of renewable energy in the total energy mix,” she said.

On whether the incentives offered will change as renewable energy adoption increases, she said: “We expect our programs to complement that. Nothing needs to be changed. The GEOP (green energy option program) and the net metering will complement our move towards more renewable energy.”

The net metering scheme allows qualified customers to generate their own electricity through their RE facilities with a capacity of up to 100 kilowatts. Participants can sell excess power to distribution utilities for peso credits that will offset their power bills.

She said that the future of the feed-in tariff system, a scheme that provides a fixed and subsidized rate to RE developers, depends on the Energy department.

Two train sets meant for PNR use delivered from Indonesia