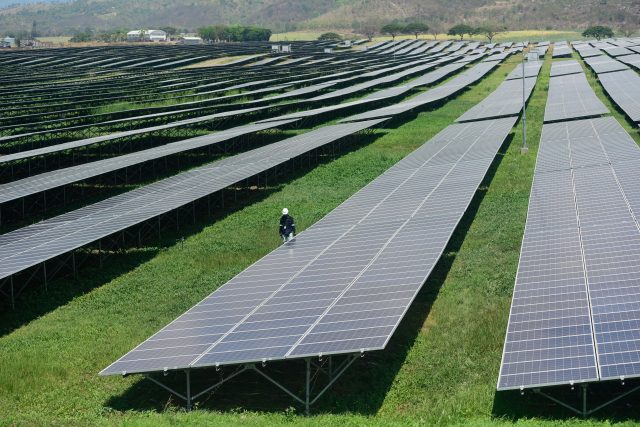 THE DEPARTMENT of Energy (DoE) said the green energy auction program (GEAP) may not launch as planned this month, with talks still ongoing with participants on rules governing the programs.

“The conduct of the first auction may not happen this month as initially indicated due to ongoing discussions with relevant entities,” the DoE’s Renewable Energy Management Bureau Director Mylene C. Capongcol told BusinessWorld by e-mail last week.

“We are in the finalization stage of the circular and are currently deliberating on comments received from stakeholders including timelines of the GEAP activities for the first auction,” she added.

“For GEAP, the price shall be based on the auction conducted,” Ms. Capongcol added.

The program allows eligible renewable energy developers to supply a portion of the electricity generated from their facilities to qualified customers who may subsequently enjoy power prices below market rates.

The GEAP seeks to help the government hit a 35% share of renewables in the power generation mix by 2030.

As of end-2019, renewables accounted for 20.8% of the Philippines’ power mix, according to DoE estimates.

The Energy department originally planned to launch the auction for green energy suppliers in June, but deferred its target date to this month, noting that the auction committee was still in the process of compiling data at the time. — Angelica Y. Yang

Philippines holds potential to become a regional leader in sustainability