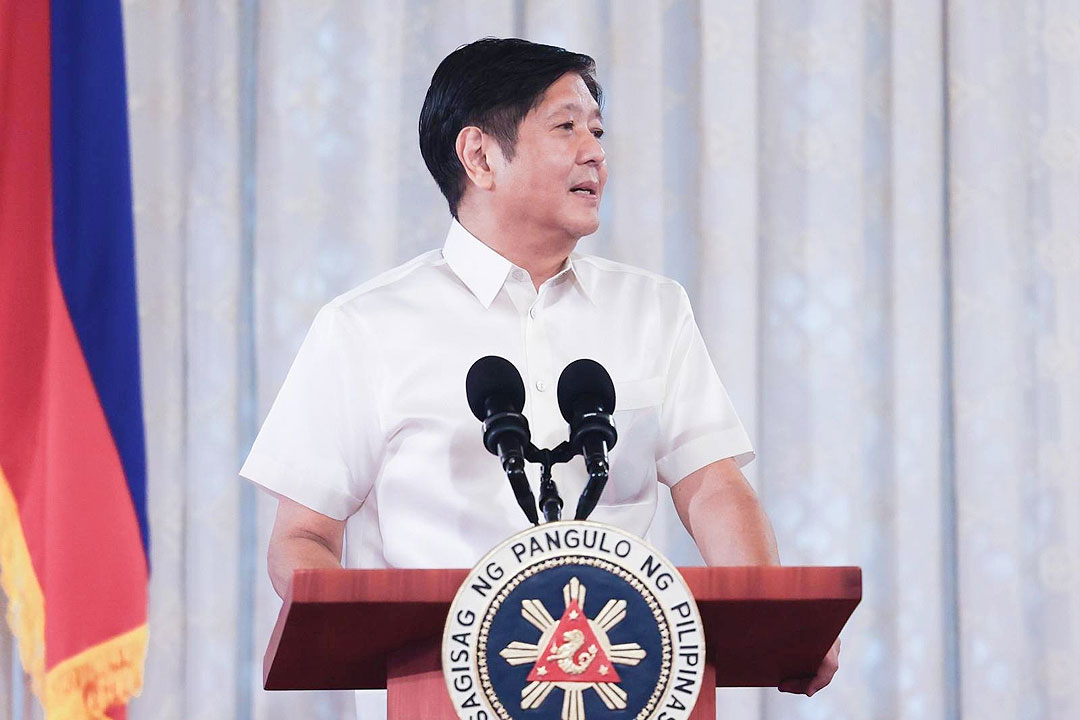 THE PALACE on Monday confirmed Philippine President Ferdinand R. Marcos, Jr. had attended the Formula One (F1) Grand Prix at the weekend, calling it a productive trip.

His trip to Singapore “was productive,” Press Secretary Trixie Cruz-Angeles said in a Facebook post. “He affirmed major talks in his last state visit to this state and continued to urge investments into the Philippines,” she said in Filipino.

The president’s Singapore trip showed his insensitivity to the plight of poor Filipinos, including recent typhoon victims, congressmen said on Monday.

The president managed to spent for the race with his family while Filipinos suffer from spiraling prices and the recent typhoon, Party-list Rep. Arlene D. Brosas said in a statement.

“If the president used government resources for an obviously personal, extravagant and frivolous trip in time of economic hardship then it is like a punch in the gut of hungry Filipinos,” Party-list Rep. France L. Castro said in a separate statement.

Filipinos expect the president to attend to the victims of Typhoon Karding, Arjan P. Aguirre, a political science professor at the Ateneo de Manila University, said in a Facebook Messenger chat.

“Going to the Singapore F1 Grand Prix is not something that this country needs, especially now that we are recovering from the devastation of the recent typhoon,” he added.

State affairs were not discussed at the event and the public did not benefit from the overseas trip, Terry L. Ridon, a public investment analyst and convenor of InfraWatch PH, said in a Messenger chat.

“Certainly, the president’s time could have been better spent visiting typhoon-affected communities than sneaking out of the country to witness high-profile events with clearly little public impact,” he added.

It doesn’t matter if he used his own money for the trip, said Hansley A. Juliano, a political economy researcher studying at Nagoya University’s Graduate School of International Development in Japan.

Any trips by officials are given the spin that they are there on state business, he said in a Messenger chat. “Even then, state functions in the past were clear about international trips being documented to be limited to state and official events.”

Mr. Marcos was accompanied by his wife, his son Ilocos Norte Rep. Ferdinand Alexander and his cousin, Speaker Martin G. Romualdez and his wife.

“No matter how Malacañang spins the trip, it was clearly an indulgent family weekend by the president with his wife, son, and cousin in tow,” Sonny A. Africa, executive director of think tank IBON Foundation, said in a Messenger chat.

“The president and indeed, all our government officials really do have to be held to a high standard of ethics in line with their choice to enter public service,” he said. “Leading a modest life is the least of what is expected of them.”

As head of state, Mr. Marcos has a huge responsibility to the people all the time, policy analyst Michael Henry Ll. Yusingco a said in a Messenger chat.

“Going on an unannounced and unscheduled trip overseas is just disrespectful to the job and to the people who depend on him doing his job,” he added.

The weekend getaway in Singapore is “insensitive, unnecessary and irresponsible,” Bagong Alyansang Makabayan Secretary General Renato Reyes said in a statement on Sunday.

“We are in the middle of an economic crisis where inflation will again reach record highs, public debt has breached P13 trillion and millions of Filipinos are reeling from the effects of Typhoon Karding,” he said. “So why does the president think it’s OK to take a private jet to Singapore to watch the return of the F1 Grand Prix?”

“We are approaching the first 100 days in office of Marcos and it has been one party after another since he returned to Malacañang. The jet-setting lifestyle is incompatible with the Office of the President.”

No security threat in metro after arrest of ASG members — police