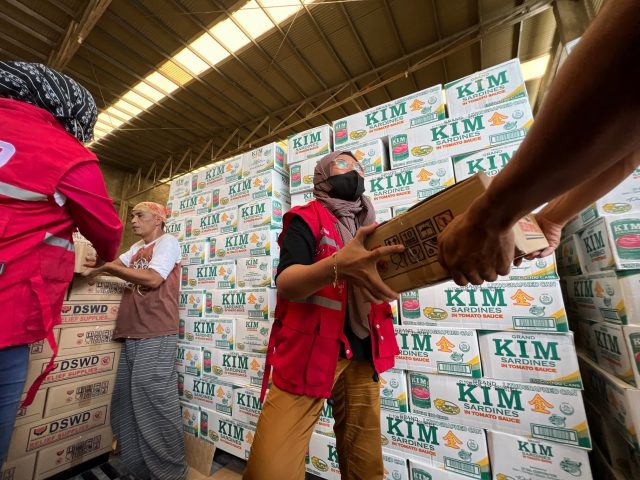 THE DEATH toll in the Philippines caused by typhoon Rai, locally named Odette, has risen to 208, after the storm carved a trail of destruction in central and southern provinces late last week, the national police spokesperson said on Monday.

There were 52 people still missing, according to police data, as relief efforts continued following one of the deadliest typhoons to have struck the Southeast Asian country.

The police have been mobilized for relief operations and to ensure order in calamity stricken areas, police spokesperson Roderick B. Alba said. The number of casualties cited by police was far higher than the 58 deaths recorded by the national disaster agency up to now. The agency said it was still validating reports from affected regions.

More than half of the deaths reported by police were fatalities in the central Visayas region, which includes Bohol province, home to some of the country’s most-popular tourist destinations, including dive spots.

On Sunday, Bohol Governor Arthur C. Yap reported 74 deaths in his province, citing partial reports that he said had been verified by both the health department and local government officials.

Relief operations have been accelerating but remain hampered by damage caused to communication and power lines, which have yet to be restored in many devastated areas.

Rai had displaced nearly 490,000 people in the Philippines before it moved toward the South China Sea over the weekend, also leaving huge destruction in the provinces of Cebu, Leyte, and Surigao del Norte, including the popular Siargao surfing destination, and Dinagat Islands.

President Rodrigo R. Duterte has committed to release up to P4 billion in funds to typhoon-hit provinces to help in recovery efforts.

“So we gave P2 billion and you’ll divide the amount. We’ve already started giving assistance, so I’ll look for another P2 billion,” Mr. Duterte said during a visit to Bohol on Sunday.

The Agriculture department has allocated another P445.1 million to assist affected farmers and fishermen, Presidential Spokesperson Karlo Alexei B. Nograles said in a statement Monday.

“United Nation teams already deployed to bring first relief support to vulnerable communities,” Mr. Gonzales said in a tweet on Monday, noting that the Humanitarian Country Team is ready to provide immediate aid and coordinate with government agencies already on the ground.

The Department of Foreign Affairs, meanwhile, is working with the Department of Transportation and the Tourism Promotions Board to arrange sweeper flights for stranded tourists.

“They have also launched a relief drive, to help affected small businesses in the tourism sector as well as a workfare program to support tourism workers who will help in the clearing and cleaning up of all affected tour sites,” Foreign Affairs Assistant Secretary Eduardo Martin R. Meñez said in a WhatsApp message to reporters.

On flight disruptions, the country’s three major airlines on Monday said more than 75,000 passengers were affected by cancellations and delays due to typhoon Odette.

“Over 25,000 passengers” were affected by flight cancellations,” Candice A. Iyog, Cebu Pacific vice president for marketing and customer service, said during a virtual briefing.

She said the budget carrier resumed domestic operations to and from Cebu on Dec. 19.

International flights to and from the Mactan-Cebu International Airport, which incurred damage in one of its terminals, will resume on Dec. 21 with an arrival cap of 600 passengers per day.

“The airline mounted two recovery flights from Manila to Cebu on Dec. 19 catering to almost 1,000 passengers,” it said in an e-mailed statement.

“Guests affected by flight delays and cancellations from Manila to Puerto Princesa may also avail of a recovery flight to the province on Dec. 23,” it added.

Meanwhile, flag carrier Philippine Airlines said in a separate statement: “From Dec. 16 to the present, an estimated 20,000 passengers were affected by flight cancellations due to typhoon Odette.”

“Our Mactan, Cebu domestic operations have resumed. International flights to and from Cebu remain suspended,” it added.

As of Dec. 20, there were 14 operational regional airports that were on the path of typhoon Odette, including the airports in Busuanga, Puerto Princesa, Bicol, Caticlan, Kalibo, and Roxas, the Civil Aviation Authority of the Philippines (CAAP) said.

CAAP-operated airports that sustained damage but are operational include those in San Vicente, Antique, Bacolod-Silay, Iloilo, Dumaguete, Maasin, and Mactan-Cebu.

The airports in Surigao and Siargao, both CAAP-operated, are still closed as of Monday, except for government, military, emergency, cargo, and humanitarian flights.

In a related development, Senator Francis N. Pangilinan on Monday called on the Department of Trade and Industry to immediately impose a price freeze on basic goods in typhoon-affected areas.

“The government should immediately order the freezing of prices in areas affected by Typhoon Odette,” he said in a statement, to prevent “unscrupulous traders” from raking in profit amid the emergency situation.

The senator said the government must act swiftly to ensure people’s access to basic necessities, especially for displaced families.

Trade Undersecretary Ruth D. Castelo, however, said declaring a price freeze is outside the department’s mandate.

“It is upon the LGU (local government unit) or the President’s declaration of a state of calamity,” she said in a text message to BusinessWorld, citing Republic Act 7581 or the Price Act, which automatically imposes price control in times of calamity.

At least five local governments have already declared a state of calamity.

For the May 2022 local and national elections, preparations will not be affected as poll officials are now verifying sites affected by the typhoon, the poll body’s spokesman said in a press briefing on Monday.

Commission on Elections (Comelec) Spokesperson James B. Jimenez said alternatives will be taken into consideration to ensure that voting sites will be ready by May next year.

“Right now, we are (focusing) more on the civic aspect of the storm. How can we help the local communities rather than what specific impact it will have on our elections,” he said in a mix of English and Filipino. — Reuters, Alyssa Nicole O. Tan, Arjay L. Balinbin, and Jaspearl Emerald G. Tan

Travel tax reduction or removal may not be addressed — CAB