Cash remittances rose by 7% to $2.638 billion in June from $2.465 billion a year ago, data released by the Bangko Sentral ng Pilipinas (BSP) showed.

June marked the fifth consecutive month of year-on-year growth and the biggest inflows since the $2.89 billion recorded in December.

“Flows continue to improve as the global economy reopens, and most notably the strong recovery in the US where a bulk of the flows come from,” Security Bank Corp. Chief Economist Robert Dan J. Roces said in a Viber message.

The central bank said growth in cash remittances in January to June came mostly from the United States, Malaysia and South Korea.

By source country, the US continued to have the biggest share of overall remittances followed by Singapore, Saudi Arabia, the United Kingdom, Japan, the United Arab Emirates, Canada, South Korea, Qatar and Taiwan. Together, these countries accounted for 78.4% of total cash remittances.

Meanwhile, personal remittances, which include inflows in kind, jumped by 7.3% to $2.936 billion in June from $2.737 billion a year earlier.

While remittances have been resilient during the pandemic, it is uncertain whether these inflows will be enough to provide support for the peso, Mr. Mapa said.

“[Amid] increased corporate demand on improving imports coupled with the financial account now showing more outflows than inflows, we expect the peso to be on the back foot for the rest of the year,” he said.

While remittance is likely to grow this year, analysts flagged the uncertainty from emerging coronavirus disease 2019 (COVID-19) variants and the reimposition of lockdowns to contain the pandemic.

“Downside risks in the near to medium term include the Delta variant’s spread globally which could be a dampener not only on remittance flows but also towards consumption,” Mr. Roces said.

UnionBank of the Philippines, Inc. Chief Economist Ruben Carlo O. Asuncion said risks from possible restrictions in other countries would not be as drastic as what was seen at the onset of the pandemic.

“I think that the Delta and Lambda variants may affect initially the inflows but it was tougher last year. The lockdowns imposed recently are also more relaxed than what we’ve seen before,” he said in a Viber message.

The Delta variant is driving a surge in infections in countries like the United States and United Kingdom, even as vaccination rates have gone up. — Luz Wendy T. Noble 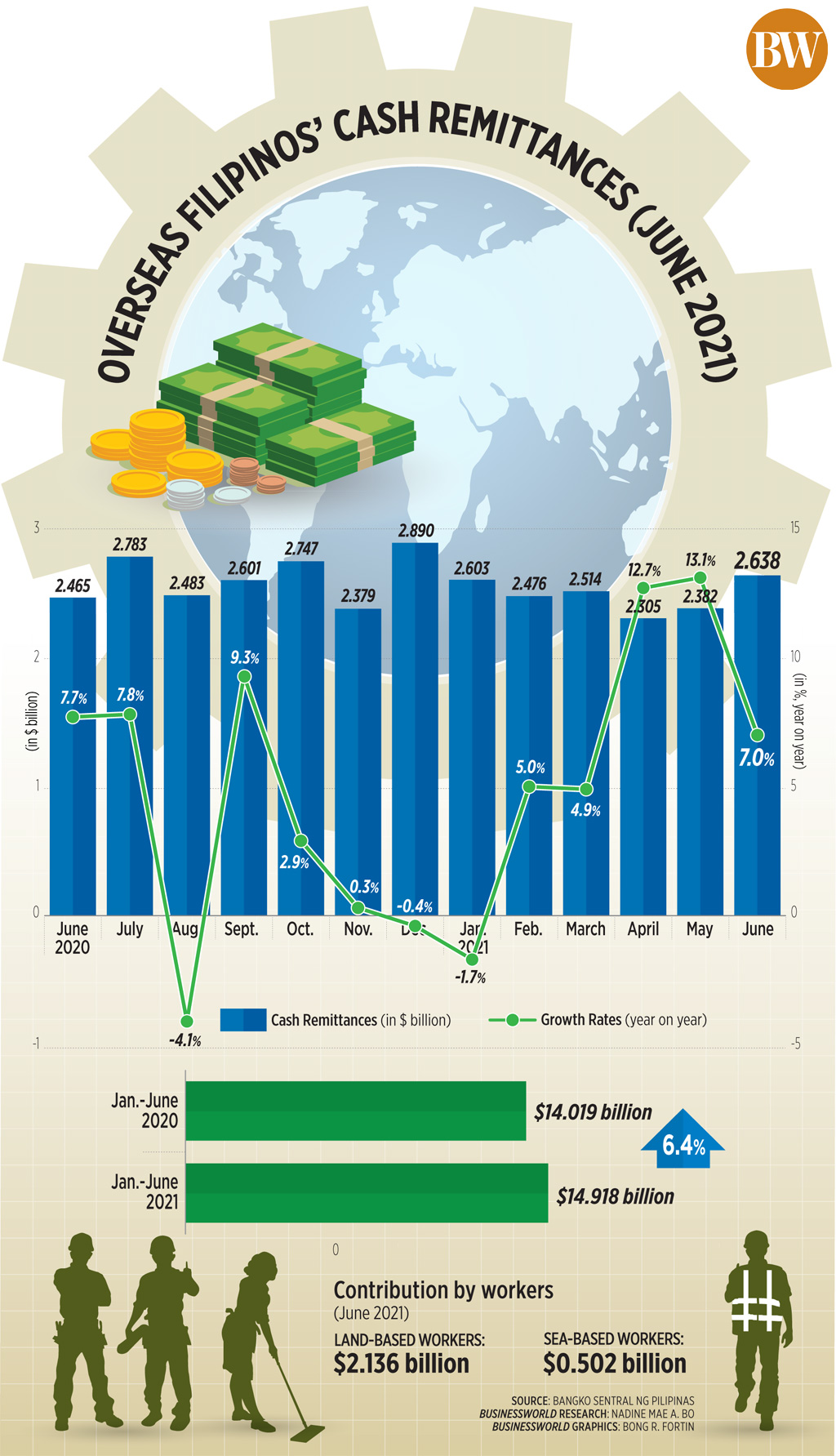