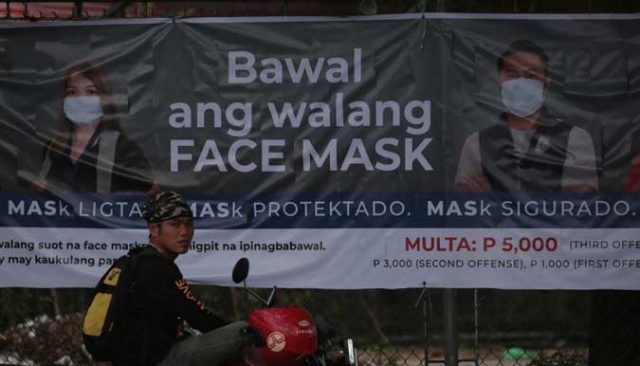 THE ASIAN DEVELOPMENT Bank (ADB) on Tuesday warned that new coronavirus disease 2019 (COVID-19) variants, including the more infectious Delta, pose risks to the Philippine economy’s recovery, even as it maintained the growth forecast for this year.

In a supplement to the Asian Development Outlook (ADO), the multilateral lender said it kept the Philippines’ gross domestic product (GDP) growth projection at 4.5%, which was already downgraded in April. This is also below the gov-ernment’s 6-7% full-year target.

“Sustained government spending on infrastructure and social assistance programs is supporting recovery, as did a gradual pickup in household spending aided by strong remittances,” the ADB said.

ADB Philippines Country Director Kelly Bird told BusinessWorld the 2021 forecast was unchanged amid an improvement in the economic landscape, the relaxation of quarantine restrictions and the continued vaccine rollout.

“Reaching community protection in NCR (National Capital Region) by the end of the year is looking highly possible. With this, we expect further improvements in business and consumer confidence. ADB will review its forecasts after the second-quarter GDP data are released (in August),” he said in an e-mail on Tuesday.

The Health department said about 4% of the 110 million population have been fully immunized against COVID-19. The government is targeting to give the first dose of the COVID-19 vaccine to 70 million Filipinos by November.

Mr. Bird said the 4.5% GDP growth forecast is the ADB’s “floor” estimate and already took into account most downside risks such as renewed lockdowns and muted mobility.

However, he said the Delta variant is a major threat to the Philippine economy’s outlook, especially if this results in another surge in cases.

The ADB in its report said the recent surge in COVID-19, driven partly by the Delta variant, would weigh on growth in some economies in South and Southeast Asia.

While recovery is under way in developing Asia, the ADB trimmed the growth forecast for the region to 7.2% this year, from the 7.3% projection given in April.

“The biggest risks to the outlook (for developing Asia) would be continued COVID-19 outbreaks, driven by new variants and enabled by delayed vaccine rollout, which could once again disrupt mobility and economic activity, stalling recovery,” it said.

The Philippines’ projected growth for this year was the third slowest among seven Southeast Asian economies in the ADB report. The Philippines’ GDP growth is expected to be faster than Indonesia’s 4.1% and Thailand’s 2%, but likely to fall behind Malaysia (5.5%), Vietnam (5.8%), and Singapore (6.3%).

For next year, the Philippines’ economic performance is expected to remain in the middle of the pack, with Vietnam’s strong 7% growth forecast leading the region’s recovery.

The ADB said the Philippine economy continues to see lackluster private investments, although there are some signs of recovery as seen in improving data on imports, manufacturing and industrial production.

Manufacturing conditions in the country expanded in June according to IHS Markit’s Purchasing Managers’ Index. The country’s imports also jumped by 47.7% to $8.65 billion in May, the fourth straight month of growth.

The ADB maintained its inflation forecasts for the year at 4.1%, slightly above the central bank’s 2-4% annual target.

In keeping inflation at bay, ADB cited the government’s move to boost local food supply by cutting tariffs on imported rice and meat and allowing more pork imports to come in at lower costs.

The ADB expects inflation in the country to ease to 3.5% next year.

The multilateral lender increased its inflation forecast for developing Asia to 2.4% from 2.3% this year on higher prices of oil and other goods.

“With mobility restrictions still in place and labor markets still weak in most economies [in Southeast Asia], fragile conditions continue to curb consumer demand. On the supply side, however, higher international oil prices are applying pressure on prices for goods and services,” it said.

Meanwhile, think tank Pantheon Macroeconomics said the Philippine economy would likely feel the impact of the Delta variant by the fourth quarter of 2021.

While the Philippines has yet to see a Delta variant-driven surge in infections, the think tank said it might be “inevitable that it will suffer the same fate as the likes of Indonesia and Thailand.”

“It probably will take longer for Delta truly to take hold in the Philippines, due to the still-subdued levels of mobility… In all, the Delta pinch on the Philippine economy is unlikely to be felt until Q4,” Pantheon Macroeconomics said, adding that another last-minute tightening of curbs should be expected.

With or without the Delta variant, the think tank said the outlook for domestic demand for the rest of 2021 remains “extremely challenging.”