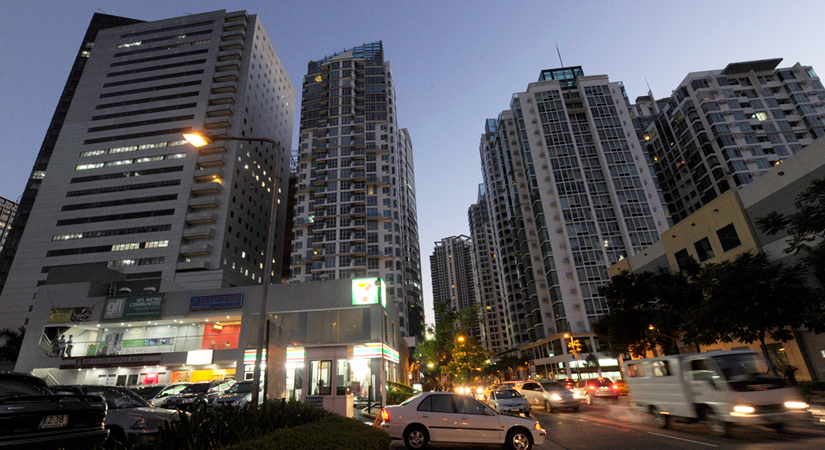 By Charmaine A. Tadalan and Jenina P. Ibañez Reporters

AN IMMEDIATE REDUCTION of the corporate income tax rate to 25% by July is unlikely, as the Senate prioritized other measures over the Corporate Recovery and Tax Incentives for Enterprises Act (CREATE) bill on Wednesday.

The CREATE bill is the revised version of the Corporate Income Tax and Incentives Rationalization Act, which now provides for an outright 5% reduction of the corporate income tax to 25% from 30%, as well as flexible tax and nontax incentives for investors.

Finance officials earlier hoped the lower tax would take effect by July, as part of efforts to stimulate an economy battered by a coronavirus pandemic.

The Department of Finance (DoF) earlier estimated the 5% tax reduction will cut government revenues by P42 billion in the second half if CREATE is implemented by July, and by another P625 billion in the next five years. The DoF hopes these foregone revenues will drive economic activity and allow businesses to continue funding their operations and keep their employees.

Congress was scheduled to adjourn sine die on Wednesday, but decided to hold another session today.

Asked whether the measure may still hurdle the Senate before the year ends, Mr. Recto said “yes, with amendments.”

Senate President Vicente C. Sotto III last week said the proposed CREATE was among the priorities of the chamber, but the Senate’s session agenda for Wednesday did not include the bill.

Under CREATE, the tax will be further reduced by 1 percentage point annually beginning 2023 until 2027. In its previous version, the bill proposed to gradually reduce the rate until it reaches 20% in 2029.

Albay Representative and House Ways and Means Committee Chairman Jose Ma. Clemente S. Salceda said in a separate message the measure might still be tackled in a “special session.”

“It’s up to the Executive, which we await,” Mr. Salceda said.

Finance Assistant Secretary Ma. Teresa S. Habitan said the DoF may request for a special session for the passage of the CREATE bill.

“We’re hoping it will be part of what is passed in the regular session. Otherwise, we might request for a special session,” she said in a mobile phone message.

The CREATE bill was among the recommendations of state economic managers to revive the economy. More than 30 local and foreign business groups have also supported the passage of the bill.

Mr. Sotto, however, said he doubts the measure would be taken up in a special session. He also said the Constitution bars Congress from holding sessions 30 days before the opening of the next regular session on July 27. This gives them only until June 8, should a special session be called.

Mr. Sotto said they can hold a session as late as June 8, but others are saying the latest they can do it is on June 11, taking into account some holidays. “To play safe… the last is June 8,” he said in an online briefing.

Meanwhile, the Philippine Ecozones Association (PHILEA) is backing the retention of the current incentives system for an additional 5 to 10 years, aligning itself with foreign and export groups.

PHILEA in a letter addressed to the Finance department and Senator Pilar Juliana S. Cayetano said retaining the incentives system during the pandemic or a specified and “reasonable” period would help the country be competitive in attracting investments from companies moving operations out of China.

The position of PHILEA, along with foreign and export groups, stand in contrast with other business groups that have supported the immediate passage of CREATE. The bill also rationalizes tax incentives, granting a transition period of up to nine years.

PHILEA, which represents 12 member companies and 20 industrial estates, said the Finance department must release a statement that existing incentives under the Philippine Economic Zone Authority should be retained for at least five years and ideally ten years.

“The statement must be forceful and irreversible in order to erase doubts that have been created in the minds of many companies both about the removal or reduction of incentives and the image that the Philippines is mercurial in its policy-making,” the association said.

PHILEA added that incentives timelines should be improved, noting that the Philippines is behind some neighboring countries in terms of the number of years incentives are offered.

The Joint Foreign Chambers of Commerce of the Philippines, along with an outsourcing industry group and electronics and wearables export groups, had said in their own position paper that incentives allowing companies to pay 5% tax on gross income earned in lieu of other national and local taxes should be retained for five years prior to sunset provisions.

The same groups back the immediate reduction of corporate income tax to 25% and pushed for accelerating reduction to 20% by 2025.

But PHILEA said that this reduction would be a welcome development for domestic manufacturers, but for exporters, it is more important to retain the existing tax incentives.

PEZA said it would recommend amendments for CREATE to apply only to domestic companies and small businesses, retaining status quo incentives for export companies.

PHILEA also asked that the Finance and Trade departments appoint a private sector counterpart in efforts to attract companies moving factory production out of China.

“This should preferably be a Philippine entity that can represent the country as a knowledgeable citizen. The assignment of the investment house would be to mobilize the players in the ecozone industry, coordinate with the relevant Government agencies, and identify and organize other factors that will give the country an advantage over its competitors,” the association said.

PHILEA added the government should create a major public relations program and to streamline industrial parks applications for ecozone approval to accelerate a “tedious and slow moving” process.

“A deadline for processing in each agency should be established and rigorously followed.”