There’s a surreal but almost palpable shroud that has covered the country — nay, the world — as I type out my inaugural column for this section. I had wanted this debut to coincide with the very special edition of Velocity you have in hand — an issue marking and celebrating a year since BusinessWorld’s motoring section had a reboot and renaming. 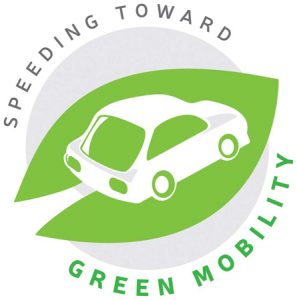 Instead, we are presenting “Speeding Toward Green Mobility” amid an unprecedented “enhanced community quarantine” here in Metro Manila and the entire Luzon island. Nations are scrambling to contain the Covid-19 pandemic which is sweeping across the world. I hope you are all well at home and are doing exactly that — staying at home. There’s no need to risk yourself and your loved ones to exposure unless you absolutely need to. And when you do, don’t forget the usual protective measures we should know by heart by now.

So, yes, instead of a celebration, our anniversary issue, while no less relevant, appears as a somber reminder of our mortality — and that we are largely helpless when Mother Nature decides to shrug her shoulders to demand a break, and some respect. The virus strain, first identified in Wuhan in the Hubei Province of China, is believed to have been initially transmitted when some foolish people decided to feast on exotic animals like bats and pangolins.

That’s what happens when we beat our chest and have the temerity to declare ourselves rulers of this domain. We are not.

In the same vein, mankind has long wrought havoc on the atmosphere by pumping it full of carbon emissions from our automobiles, power plants, factories, and such. Just as China has apparently banned the farming and consumption of wild animals, do we need a threat like Covid-19 to disabuse ourselves from harmful habits?

Thankfully, while some sectors and leaders still deny the onerous state of our environment and how we’re pushing it to the brink, there are louder voices of sound mind holding very important positions in both government and business.

We have long been in the age of alternative powertrains in aid of cutting our vehicles’ harmful pollutants. The Corporate Average Fuel Economy (CAFE) standards are ever-improving, ever-stringent regulations mandating that auto companies continuously cut emissions. In another front, more brands are looking at actually ditching the conventional internal combustion engine (ICE) in favor of more environment-friendly propulsion systems.

While alternative, more sustainable, and less-polluting fuels are in the mix, various levels of electrification are winning out in terms of viability. Toyota had pioneered the entry of the hybrid vehicle in 2009 via its now-iconic Prius. Despite the promised benefits of fuel economy and a smaller carbon footprint though, car buyers largely stayed away owing to its higher pricing compared to similar, albeit traditionally-powered counterparts.

But today’s a vastly different era compared to when the Prius first entered the scene here. Electric vehicles have ceased to be a novelty. We have a thriving electric vehicle scene, spearheaded by the Electric Vehicle Association of the Philippines (EVAP).

While more recent figures will surely be negatively impinged upon with the disruption of Covid-19, the graph had been on an upward trajectory, as reported by EVAP in its Velocity-exclusive report some weeks back. “The optimism of EVAP is bolstered by a study conducted last year by the Edison Electric Institute that global EV sales totaled about 2.1 million for 2018, an increase of 64% compared to the total sold in 2017. In 2018, EV sales increased by 79% in the US, 78% in China, and 34% in Europe compared to 2017.

Big auto brands are today not averse to releasing and championing the electric. It’s unsurprising to even hear of luxury brands pushing hybrids, PHEVs, and full electrics. More significantly for us, they’re already here, and they are fast shaping a new normal. Lexus has been quietly but routinely leading hybrid sales in the country.

The Prius is no longer alone in holding the electric torch. It was a big statement by Toyota to bring in the hybrid version of its Corolla Altis. As you know, the Corolla nameplate is the world’s most popular model. For a relatively affordable P1.58 million, more people can take a serious look at the hybrid as a realistic mode of transportation. The price of admission has gotten that much lower.

Truly, there’s hope for the planet, even as we seek greater mobility for more. These two do not need to be on opposite sides of the spectrum anymore. The writing on the wall is clear: We’re speeding towards green mobility, and not even Covid-19 can stand up to that. We’ll see you on the other side of this crisis. Keep safe, and keep faith.