This is my inaugural column in BusinessWorld. My profuse thanks to Willy Reyes, BW editor-in-chief, for the opportunity to contribute to discussions in civil society on how best to shape public policy and institutions in the context of attaining high, self-sustaining, and inclusive economic growth.

John F. Kennedy quipped that certain myths are, “persistent, persuasive and unrealistic.” These myths are the enemy of the truth, rather than “the lie, deliberate, contrived and dishonest.”

One example of a myth is Argentina in the 1990s, then thought of as Latin America’s great success, or, as Joseph Stiglitz described, “a triumph of market fundamentalism.” Assessed against prevailing statistics of a few years, Argentina was indeed very promising. Alas, its numbers were good only until December 2001 when its mountains of debt were found to be unbearable.

I was at the IMF Board when Argentina came to the Fund for possible funding and restructuring. It was a difficult call because the narrative was disappointing. Argentina borrowed its way to growth. This strategy could not be sustained. The country was virtually insolvent. Public finance was in tatters, and no creditor would gamble on further exposure. Structural reforms were hardly institutionalized. There were bank runs, bank deposits were frozen, and riots plagued Buenos Aires. Argentina finally announced it was defaulting on its $93 billion debt. With the economy declining for several years since the late 1990s, the Argentinian economy shrank back to its size 20 years earlier.

The myth of Argentina’s initial glory days is one that might dare be associated with the Philippines.

But the Philippines is not Argentina. Our positive economic narrative is not a myth.

Since 1999 through last year, the Philippines grew by an average of 5.3%. Even post-Global Financial Crisis, from 2010 through last year, our growth momentum averaged 6.3%, one of the highest in the world. This 20-year record of sustained growth is accompanied by lower total external debt to GDP ratios, prepayment of both public and private debts, and settlement of the country’s obligations to the IMF in December 2006. Public finance has been overhauled. Fiscal deficit to GDP ratios have declined following several fiscal reforms. With more public resources available, the government has also sustained its infrastructure program. Social services have been prioritized. 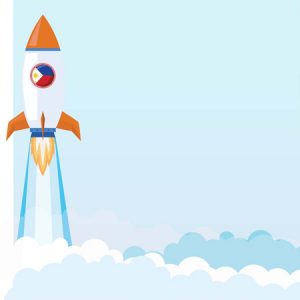 There is reduced reliance on loans. Higher public spending is supported by higher revenues. While the government continues to borrow from capital markets, public debt to GDP has been slashed with growth surpassing the pace of public borrowing.

The Philippines has also sustained economic growth by building appropriate economic and political institutions. We have persevered with important economic reforms for the last 25 years.

As a result, leading signs of sustained economic growth are now more pronounced. First, economic efficiency has improved based on the drop in incremental capital output ratio. Second, total factor productivity has risen. And third, sustainability is secured by our young, educated, skilled, and trained labor force. An aging population that taxes the working population for pension and benefits funding is not a concern.

In short, our 20-year record of economic growth is far from vacuous. There is no myth to break.

Independent analysts and institutions are one in saying that the Philippine economy has finally turned the corner with sufficient escape velocity to avoid the booms and busts of earlier years. The IMF and the World Bank consider Philippine growth as one of the fastest and most promising in the world. Some private think tanks forecast that in a few decades, the Philippines could be one of the biggest economies in the world. The Washington-based Center for Global Development adjudged the Philippines as the most resilient emerging economy in its latest assessment of 2014.

As all major credit rating agencies have given the Philippines investment grade ratings, Philippine bonds attract tighter spreads compared to some jurisdictions with higher investment ratings.

While more needs to be done, economic growth has become increasingly more inclusive. Inflation for the bottom 30% of the population has moved closer to the general average inflation. Unemployment has further trended down from 5.1% in October 2018 to 4.5% in October 2019. In January 2020, legislated real wage rates have risen from P363 a day in 2012, to P447.87 a day. It is no wonder that poverty incidence from 2012 to 2018 has declined from 25.2% to 16.6%, a success of nearly nine percentage points.

The playwright Arthur Miller declared that “an era can be said to end when its basic illusions are exhausted.” The core illusion of some that the Philippines remains in the backwaters of Asia must be brought to a close.

There is substance to the signs, even as they are wonders to many.