I always visit the konbini whenever I visit Japan. Japanese convenience stores or konbini are not only open 24/7 and have quintessential Japanese snacks such as nikuman, karaage, oden, and onigiri; they also provide much needed services such as ATMs, delivery services, and bill payments. Indeed, konbini are inextricably linked to my Japanese experience: my first memories as an exchange student was eating curry bread from a konbini, I often practiced my Japanese whenever I bought and talked to the owner of our neighborhood konbini, and still I love to hear the “Irasshaimase” greeting as I enter a konbini.

CHALLENGES FACED BY KONBINI
Not only is the konbini different from stores in the Philippines due to its product lineup or its aesthetics layout, it differs because it has become an integral part of Japanese modern life: an accessible place for the community to buy meals, get essential services, and also a refuge during emergencies. Indeed, media news reports often show konbini providing much-needed food, supplies, and shelter during emergencies and natural calamities.

However, konbinis are facing plenty of challenges. Konbinis have reached a saturation point where there are too many stores. Lower profit margins, high franchise fees, and increasing operating costs also threaten konbinis. However, by far the biggest challenge faced by konbini is an acute shortage of labor. This is not due to low wages, harsh working conditions, or high turnover rates; rather there are simply not enough workers who want to work in konbinis. Thus, konbinis have been tapping a new labor source: foreign students.

SIDE DOORS TO JAPAN
While the usual narrative says that migrants take jobs away from locals, most migrant workers are actually employed in so-called 3D jobs that local workers do not want to do — Dirty, Difficult, and Dangerous. In the case of Japan, it is not that workers shun the konbini; rather, there are simply not enough workers due to its rapidly shrinking and ageing population. And yet, even as Japan needs foreign labor, its foreign population only makes up 2% of its total population and the country has one of the lowest migration rates among OECD countries. Various historical, economic, and cultural factors can explain this, but the most salient would be its belief that it is a monoethnic society that is not ready to receive a massive influx of foreigners.

So how does Japan get much-needed foreign labor while satisfying the conservative elements of Japanese society? By accepting foreign labor not through its front door, but rather through its side door. Since Japan explicitly only accepts skilled workers, much needed semi-skilled workers enter Japan through the side door. Most of the foreigners working in konbini have student visas. Entering Japan ostensibly to study the Japanese language, they are working in konbini or in factories to pay for their tuition and living costs. Thus, we see the sudden influx of Vietnamese and South Asians working in konbinis.

TOWARDS AN OPEN DOOR OR XENOPHOBIC BACKLASH?
In spite of cases of migrant labor abuse and the threat of xenophobic backlash, Japan is now gradually opening its doors.

While in previous years it has relied on its side door policy of getting “non-workers,” it has now passed new laws to gradually accept semi-skilled and skilled migrant workers. Known as the Specified Skilled Worker (SSW) Visa, Japan will now accept two types of workers. Type 1 workers will be employed in manufacturing, construction, healthcare, and service sectors, and the visa will allow guest workers to stay up to five years but they will not be allowed to bring their families to Japan. Type 2 workers, such as nurses, are considered highly skilled workers, and will have provisions for long-term settlement and for workers to bring their families to Japan. 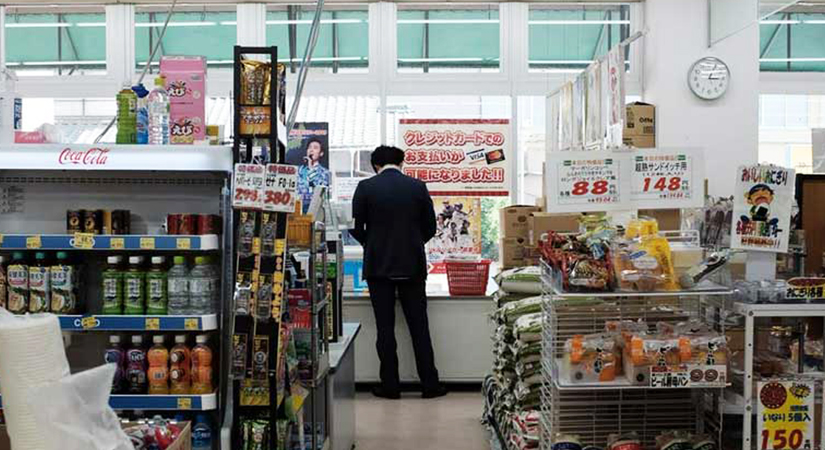 While it is yet to be seen how Japan will implement these new policies and how the general public will react towards migrants, the policies seem to promise more humane, transparent, and equitable employment for its foreign workers.

In particular, workers from Indonesia, Vietnam, and the Philippines are seen as the best source of skilled workers under the SSW visa program, especially those who will be employed in the service, hospitality, and healthcare sectors. Will Filipinos who enter Japan become a permanent fixture of Japanese society? Will Japan become a more open multicultural society or will there be a xenophobic backlash from its conservative elements? It may be too soon to tell, but there might be a proxy measure to understand its future — the upcoming Tokyo 2020 Olympics.

SIGNIFICANCE OF THE 1964 AND 2020 TOKYO OLYMPICS
Other than the simply hosting an international sporting event, the 1964 Tokyo Olympic Games was Japan’s coming out party. Rising from the devastation and dark shadows of the Second World War, the games showed the world that Japan was not only a modern society with a bustling economy and a stable democracy, it was once again a respectable member of international society. Indeed the 1964 games also coincided with the opening of its iconic Shinkansen bullet train, with the games seemingly ushering its unprecedented post-war economic miracle.

Fast-forward more than 50 years later, the 2020 Olympics promises to be a glimpse of Japan’s not so distant future. Now that the 2020 Olympic Games will begin in a few months, let us look closely at how Japan will handle the challenges of hosting an international sports event with guests who needs various language and cultural requirements.

Perhaps, after the games Japan will realize that it needs to become a multicultural society. Perhaps, after the games its citizens will see the value of genuine multiculturalism — not only to help foreign workers and Japanese citizens coexist, but, above all, see that foreigners are productive and responsible guest workers who can help reinvigorate the Japanese economy. Perhaps the games will also become another coming out party for Japan — a sign to the world that it has become a truly genuine multicultural society.

Hopefully, next time I visit Japan and enter my beloved konbini, I will be welcomed not only with an “Irasshaimase,” but also a “Kamusta po?”

Benjamin A. San Jose is an assistant professor of Japanese studies and Political Science at the Ateneo de Manila University, Philippines. San Jose received his Ph.D. in international public policy from the University of Tsukuba. His current research focuses on the use of migration management in the labor migration policy process of the Philippines and Japan. He also teaches courses on International Relations, Philippine-Japan relations, and is pursuing research on Japan’s changing public diplomacy in the Asian region.