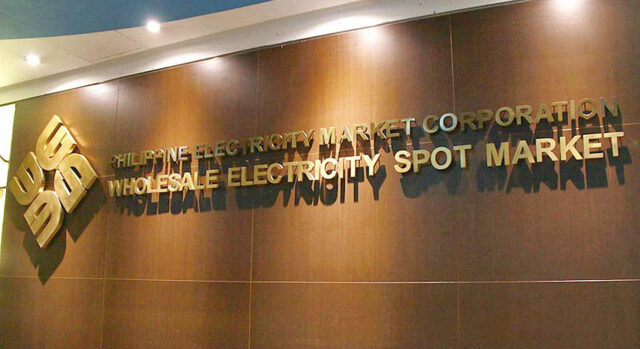 THE average spot market price on the wholesale electricity spot market rose 12.65% in late March, following to a pickup in demand to levels exceeding forecasts after the loosening of quarantine restrictions, which offset the return to operations of some power generators.

Rates rose to P6.97 per kilowatt-hour as of March 25, from P6.19 at the end of February, the Independent Electricity Market Operator of the Philippines (IEMOP) said at a virtual briefing on Thursday.

While the supply of power increased by 695 megawatts (MW).

The market operator said the rise in demand may be attributed to the easing of the quarantine setting to Alert Level 1 in Metro Manila starting March 1. Other provinces followed with more relaxed quarantine measures starting March 16.

The March demand peak was higher than demand in the same month before the pandemic.

Demand typically rises about 40% in the dry season, peaking in May.

Asked about the suspension of secondary price caps, IEMOP Chief Operating Officer Robinson P. Descanzo said the market is waiting for an order from the Energy Regulatory Commission (ERC).

“Until now, we don’t have an order for the market to suspend (the secondary price cap). Personally, I think there are other mechanisms that will allow the generators to at least recover their costs on the particular day or month,” he said.

Due to soaring oil and coal prices, power generators have asked the government to raise the P6.245 secondary price cap, which was imposed by the ERC to “protect the public and prevent the repetition of excessive and unreasonable high market prices.”

Mr. Descanzo said a suspension of the cap must be studied to find a resolution that allows generators to recover their costs while protecting consumers from any abrupt increase in prices. — Marielle C. Lucenio