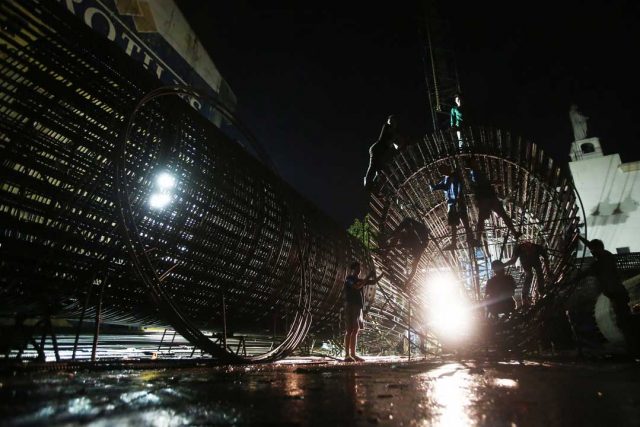 Attracting local and foreign investors to high-employment industries like infrastructure and tourism should be a priority for the next administration as these sectors will drive economic recovery and restore the Philippines’ balance sheet, according to a research executive for Regis Partners.

“The absolute level of debt is less important if you’re able to grow the import base of the country,” said Rafael P. Garchitorena, chief strategist at Regis Partners, Inc., at a German-Philippine Chamber of Commerce and Industry (GPCCI) webinar on Tuesday.

“The real importance of the incoming admin is, can they instill in domestic and foreign investors the confidence to put money back into the economy for long-term growth?”

Some electoral candidates may be more disruptive than others, but the best choice for the economy is whoever can restore the balance and build momentum post-pandemic, said Mr. Garchitorena.

“The next president’s economic team must present a credible economic platform and entice foreign and domestic investment,” he added. “That’s why it’s important to watch what his/her economic policy and teams will look like.”

EASING RESTRICTIONS
Last year, the GPCCI found through a survey of companies involved in German-Philippine business relations that there is a general positive outlook for the coming year, with some concerns about travel restrictions and supply chain and logistics challenges.

Over half (57%) expressed this positive outlook, compared with 47% in the same period in 2020. Meanwhile, this year brings “new chances, hope, and confidence,” according to GPCCI executive director Christopher Zimmer at the webinar.

Mr. Garchitorena agreed, adding that the government and Inter-Agency Task Force (IATF) ramping up vaccinations and safety awareness campaigns and raising Alert Level 3 instead of Alert Level 4 despite the post-holiday surge are good signs.

“It’s better if the economy is able to organically open and close as the different waves start coming and going,” he said.

This is especially relevant for the tourism sector, which is a high-employing industry that covers skilled, semi-skilled, and unskilled workers.

“Most economies in the world, like Thailand, are reliant on foreign tourism for GDP. In the Philippines we are peculiar in that domestic tourism is the huge share of GDP,” Mr. Garchitorena said.

In 2020, the tourism industry’s contribution to the economy plunged to its lowest level in at least two decades, according to data from the Philippine Statistics Authority. — Brontë H. Lacsamana

For remote learning to succeed, teachers have to be retrained — edtech company

WWF-Philippines calls for support for global treaty on plastic pollution