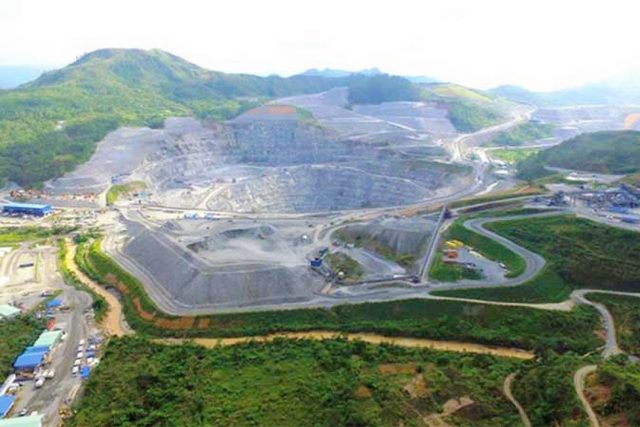 THE return of open-pit mining promises a boost to the economy, possibly at the expense of degrading the environment and living conditions for residents near the mines, a University of the Philippines (UP) academic said.

“From the view of sustainable development, the decision might not be right considering the impact of large-scale mining on local communities. While there might be economic benefits that can be gained from implementing this liberal policy on mining and granting new permits, these benefits, however, have to be weighed against the long-term impact of mining activities on the environment and the lives of the people,” according to political scientist Ruth R. Lusterio-Rico, associate dean of UP Diliman’s College of Social Sciences and Philosophy, who studies environmental politics.

“Some sectors have openly questioned and criticized this shift in policy particularly in light of the recent natural disaster experiences that are already considered to be related to climate change. Thus, for advocates of environmental protection, the economic benefits that could be gained now would not outweigh the consequences on the environment for the future generations,” she added.

On Dec. 23, the government lifted the four-year ban on open-pit mining, which superseded an earlier order issued by the late Environment Secretary Regina L. Lopez.

“Mr. Duterte even directed the (Department of Environment and Natural resources) to review all mining permits and ensure compliance of mining companies to all government standards and regulations. It would be recalled that this strong position against mining was implemented by Ms. Regina L. Lopez,” she added.  “After Ms. Lopez’s exit from the DENR, the position on mining gradually shifted. In his later SONAs, Mr. Duterte no longer talked about mining. The focus shifted to cleaning up Boracay and Manila Bay.”

Ms. Lusterio-Rico said the government and miners must ensure that the lives of those in mining communities are not disrupted.

“There have been several studies made on the consequences of mining on people’s lives as well as on the environment. There are communities that have been divided because of the issue of mining, primarily because there are people who gain and there are those who lose,” she added.

However, she called the consequences of open-pit mining inevitable in the event of mining accidents.

“In other words, even if the mining company can be a potential provider of employment, not everyone in the community can be hired by the mining company. There are also heavy consequences on communities, such as loss of livelihood, poor health conditions, etc. when accidents happen in mining areas,” Ms. Lusterio-Rico said.

“I suppose that the risks involved in revitalizing the mining industry cannot be overemphasized. It is very clear based on past experience and the current challenges posed by climate change that the Philippines has to be vigilant and ready to face the possible consequences of irresponsible action,” she added.

Open-pit “only creates very small number of jobs and a paltry amount of value to the Philippine economy” at the expense of degrading the environment, PAMALAKAYA National Charmain Fernando L.  Hicap said in a statement.

“The resumption of open-pit mining spells greater environmental destruction and disaster for farmers, indigenous peoples, and fisherfolk. We do not buy the pretext that inviting more mining companies into our land will help revive the pandemic-battered economy… There are more sustainable ways to restore the economy (than) exposing our natural resources and sacrificing our national patrimony to big mining interests,” Mr. Hicap added.

The mining industry welcomed the lifting of the ban, taking the position that the practice can be made environmentally sustainable.

“The mining method is dependent on the location and configuration of the ore body. Open-pit mining is employed for shallow or near-surface mineral deposits, where underground operations are impractical. There are sufficient safeguards to ensure that all mining operations including open-pit are done safely and with due consideration to the environment and host communities,” the Philippine Mining and Exploration Association (PMEA) said in a statement.

“We hope that this will encourage investment in mining in the future and that the government will facilitate and expedite the permitting process. This will allow the mining industry to contribute more to the country’s economic recovery from the disastrous effects of the pandemic,” PMEA added.

The record label behind Winehouse, Marley, and Queen comes to PHL