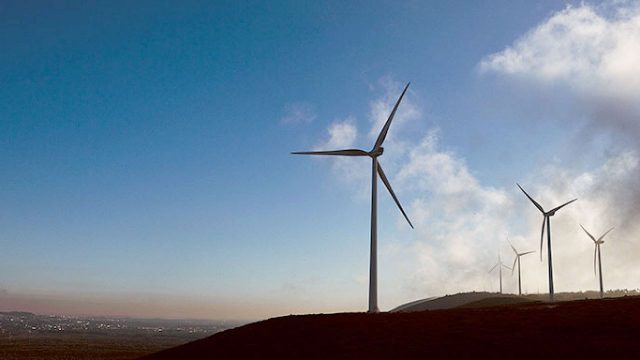 THE Department of Energy (DoE) said on Thursday that will move to ease the requirements for renewable energy (RE) companies seeking to avail of incentives, including a 10% tax rate, in order to support more sustainable and clean-energy investment.

“We are pleased to issue an amended policy that would address the long-standing concerns of the RE law’s target recipients, including RE developers, fabricators, and manufacturers regarding the law’s incentives,” Energy Secretary Alfonso G. Cusi said in a statement.

He added that the amended department circular which was signed on Dec. 24 covers the implementation of the tax provisions, particularly the automatic availability of the 10% corporate tax rate and zero-rate value-added tax.

The amendments address Sections 13 E and 18 C of the Renewable Energy Act.

According to Section 13 E, acquiring corporations must have taken over, administered, or operated RE energy facilities that have been in commercial operation for more than seven years to qualify for a 10% corporate tax rate.

RE developers can only avail of the incentives after they obtain an endorsement from the DoE, according to Section 18 C of the RE Act.

BusinessWorld asked for a copy of the amended circular, but the DoE had not released it at the deadline time.

The circular also complies with the RE Act, which provides that savings generated in availing of the reduced corporate income tax rate must be effectively passed on to end-users in the form of lower power rates, the DoE said in a statement.

After the amendment of the circular, the DoE then will evaluate its effectiveness through a review of annual reports submitted by the RE Developers. — Marielle C. Lucenio

PHL shares inch up ahead of central bank reviews