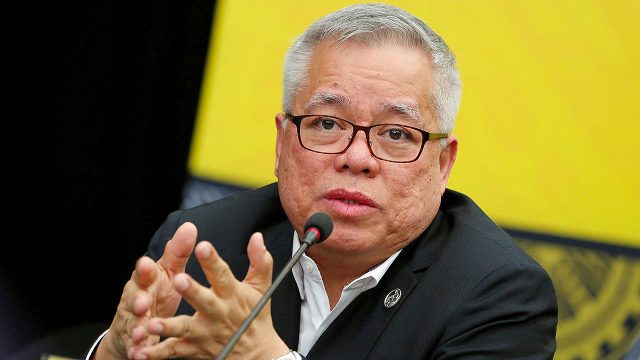 “The agricultural sector is set to benefit from the RCEP agreement. These benefits range from improved market access in the RCEP region, cheaper access to raw materials, wider cumulation area, trade facilitative measures, and even investments in smart agriculture and research and development,” Mr. Lopez said in a mobile phone message.

Mr. Lopez said the concerns of farmers regarding competition are “well-addressed” in the trade agreement.

“In other words, these products while excluded from RCEP, would still enjoy the other benefits that the agreement offers,” he added.

According to Mr. Lopez, it would be catastrophic in terms of trade and investment if the Philippines does not join RCEP.

“The signal to the country’s trading partners and would-be investors is negative as it conveys that the Philippines is embracing an inward policy, not to say a protectionist stance. This cannot be done in the era of globalization lest we (are perceived as) moving backwards,” Mr. Lopez said.

“If we delay participation or discard RCEP, we will disrupt the growth momentum and poverty reduction we are experiencing now. Investments won’t come, and worse, even present investments will leave. As a consequence, jobs will be lost and again our poverty incidence will increase,” he added.

The Federation of Free Farmers (FFF) has challenged senators to demonstrate their loyalty to farmers by rejecting the RCEP, claiming that farmers are in no position to take advantage of trade opportunities under the agreement.

RCEP is currently in the Senate for its concurrence after getting a green light from Malacañang in September.

“We will be unable to take advantage of the so-called trade opportunities because of our seriously defective production and marketing systems. It will be our competitors who will capitalize on RCEP and flood us with imports,” FFF National Manager Raul Q. Montemayor said in an earlier statement.

In November, some 45 agricultural groups also expressed their opposition to RCEP, saying that they were not consulted about the commitments the Philippines made in singing on to the trade deal.

“We will never gain from RCEP and similar arrangements unless we establish, fund and implement dedicated and sustained programs to boost the competitiveness and profitability of our farmers, fishers, traders, processors and exporters,” they said. — Revin Mikhael D. Ochave

Malditas down Nepal to move a step closer to Asian Cup