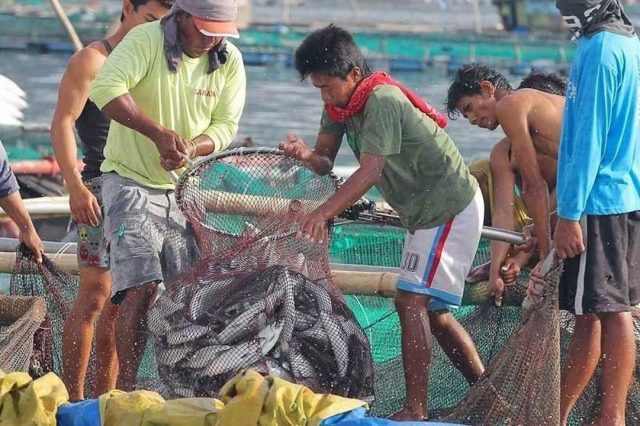 Fernando L. Hicap, PAMALAKAYA chairman, said that the Bureau of Fisheries and Aquatic Resources (BFAR) needs to disburse P10,000 per family for each month of the closed season.

Fishing was closed in those waters between Nov. 15 and Feb. 15, covering species such as sardines, herring, and mackerel.

“That’s a total of P30,000 per fishing family for three months. The economic subsidy is just and a must for the fisherfolk whose livelihood will be heavily affected by the closed season. This cash subsidy will (make up for) the poten-tial income losses of small fisherfolk across the Visayan Sea,” Mr. Hicap said in a statement Wednesday.

“A three-month closed season is three months of starvation for the affected fisherfolk. The closed season even covers the holiday season, which is supposed to be the season of giving, yet fishers will be deprived of their liveli-hood,” he added.

PAMALAKAYA said the BFAR needs to come up with a list of fishing families potentially eligible for benefits.

“Small fisherfolk from at least 33 municipalities from Regions 5, 6, and 7, are adversely affected (during the) three-month fishing ban,” it said.

“The economic subsidy is based on the Makabayan Bloc’s House Bill calling (for) a P10,000 aid to poor families affected by the pandemic,” it added.

The organization has warned that closed seasons risk creating “artificial” shortages that would raise inflation.

The BFAR also declared a closed fishing season in Northern Palawan between Nov. 1 and Jan. 31, covering round scad, or galunggong.

The Department of Agriculture has approved imports of 60,000 metric tons of small pelagic fish such as galunggong in order to make up for lost supply. — Revin Mikhael D. Ochave