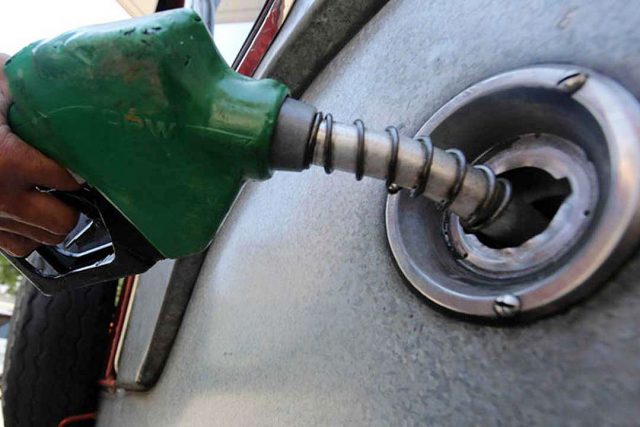 A SENIOR LEGISLATOR has filed a bill in the House of Representatives to lower the excise tax on fuel products for six months, including zero tax for diesel, with the revenue to be foregone by the government estimated at more than P55 billion.

“The $80 (per barrel of crude) mark was an ‘alert level.’ We are past that level. The Mean of Platts Singapore price for crude is now over $84. We should really take up a reduction in the excise tax,” he said in a statement.

The measure, if signed into law, would exempt diesel and kerosene from excise tax and would reduce the charge on gasoline to P7 per liter (/L) from P10/L. The excise rate was set by the Tax Reform for Acceleration and Inclusion (TRAIN) Law and is enforce between Dec. 1, 2021 and June 1, 2022.

“Diesel is the poor man’s transport fuel. Tricycles, motorcycle delivery riders, farmers, and jeepney drivers use diesel for their vehicles. Kerosene is the poor man’s cooking fuel. I believe that the biggest reduction should be on these commodities,” Mr. Salceda said.

The bill also would require oil companies to notify the Department of Energy and the Department of Finance (DoF) of changes in retail price due to the decrease in excise tax and future price changes before the measure lapses to ensure that the reduction is properly reflected in prices at the pump.

It also gives the two agencies the power to conduct investigations should any irregular price movements are detected.

Mr. Salceda estimated foregone revenue due to the proposed law at P55.04 billion, less than the P131.4 billion projected by the DoF if all excise taxes are suspended.

“These losses will be partly offset by increases in VAT collections due to rising prices, which would be around P19.01 billion from these three products. The net decline in fuel tax collections will be around P36.03 billion,” he added.

He said the measure will help bring down inflation by about 0.4 to 0.6 percentage points.

On Tuesday oil companies raised the price of gasoline by P1.15 per liter while diesel and kerosene prices fell by P0.35 and P0.30 respectively.

As of Oct. 26, pump prices in the year to date for gasoline and diesel have increased by P20.80 per liter and P18.45 respectively, according to the Energy department. — Russell Louis C. Ku

Colmenares to run again for senator in 2022