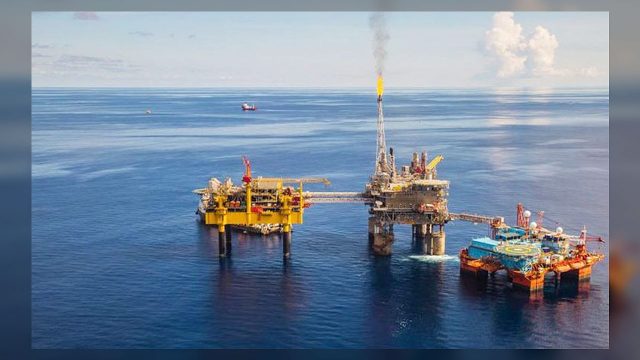 THREE INDIVIDUALS filed a complaint before the Office of the Ombudsman against Energy Secretary Alfonso G. Cusi and other officials, alleging corruption in connection with the sale of stakes in the Malampaya natural gas project.

In the 42-page complaint filed Monday and released to the public Tuesday, geologist Balgamel D.B. Domingo and two other individuals, Rodel Rodis and Loida N. Lewis, alleged that Mr. Cusi and other energy officials conspired “to give unwarranted benefits and advantage to (Mr.) Uy’s Udenna Corp. and its subsidiary, UC Malampaya,” which they said is a violation of Republic Act 3019 or the Anti-Graft and Corrupt Practices Act. They were referring to Dennis A. Uy, the Udenna founder.

The three complainants said they are “concerned citizens who advocate for the Filipino people’s right to energy security.”

In November 2019, Mr. Uy bought all the shares of Chevron Malampaya LLC, now UC38 LLC, a subsidiary of Chevron Philippines, Inc., which had a 45% stake in the Malampaya gas field in Palawan.

As such, Mr. Uy now owns 90% of the gas field as he had also acquired the holdings of Shell Philippines Exploration B.V., which formerly owned 45%. The Philippine National Oil Co. (PNOC) holds the remaining 10%.

The Malampaya gas field covers about 830 square kilometers and covers up to 20% of the Philippines’ energy requirements, reducing its reliance on energy imports. Its commercially-viable output is also expected to be depleted within a few years.

In a Viber message which the Energy department sent reporters late on Tuesday, Mr. Cusi said the complaint was “harassment” with “the singular purpose of political propaganda”, adding that “it comes with the territory”.

Saying: “we will just address it at the proper forum where it was filed”, he added: “”no doubt the truth will vindicate me and the innocent people dragged into this purported action.”

Senator Sherwin Gatchalian, chairman of the Senate committee on energy, had also questioned the transaction with Mr. Uy, which he noted only took two months to approve. The committee also noted that under Presidential Decree 87, sale transactions involving oil exploration assets require prior approval from the government, in this case, the Department of Energy (DoE).

The complainants said prior DoE approval “would have prompted them to exercise the government’s right to match Udenna’s offer.”

Mr. Cusi, responding at the time to Mr. Gatchalian, said the deal was private and “beyond our (DoE’s) purview.”

In a statement, Udenna said it has yet to receive a copy of the complaint and will address the allegations at the proper time “to prove that everything is done aboveboard.”

The DoE’s spokesman, Felix William B. Fuentebella, said by phone that the department has yet to review the complaint. — Bianca Angelica D. Añago