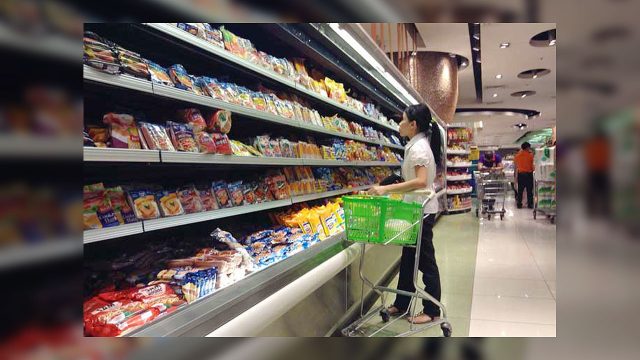 HEADLINE INFLATION may breach the 5% mark in September with food and fuel prices remaining high and typhoons possibly adding upward pressure on prices, an economist said.

“Inflation which recently peaked at 4.9% last month will likely see price pressures heat up anew in September. We expect inflation to move past 5% as recent and approaching storm systems will undoubtedly figure into this month’s fruit and vegetable inflation numbers,” ING Bank Senior Economist Nicholas Antonio T. Mapa said in a note Monday.

Mr. Mapa said fish and meat products will likely remain expensive this month, while power costs will continue to rise with crude oil at around $70 per barrel, and as utility companies and fuel retailers announce price hikes.

“Although the pickup in imports may be a sign of renewed demand, it also reflects an improvement in domestic production that could help increase the supply of basic goods and services. Despite this, the price pressures appear to be accelerating at the worst possible time with base effects unfavorable in September,” he added.

Headline inflation came in at 4.9% in August after a 4% reading in July. August represented a 32-month high.

This brought the average inflation to 4.4% in the first eight months, which was above the 2-4% target band set by the central bank.

Mr. Mapa said the Bangko Sentral ng Pilipinas (BSP) is facing a “dilemma” in responding to inflationary pressures as it still needs to support the economy as it bounces back from the pandemic.

Monetary authorities have been aggressive in shielding the economy from the impact of the pandemic, lowering interest rates to record lows.

“A rate hike at this point would increase the likelihood that the ongoing economic (downturn) devolves into a full-blown depression as higher borrowing costs result in an acceleration in NPLs (non-performing loans) while simultaneously snuffing out whatever gains have been made on the lending front,” he added.

“All in all, monetary tightening will have no impact on pricier vegetables or the cost of gasoline but it will surely scuttle the recovery momentum,” he added.

BSP Governor Benjamin E. Diokno has reassured a number of times that monetary authorities will continue to support the economy for “as long as necessary until the economic recovery gets underway.”

During its rate-setting meeting last month, the Monetary Board (MB) kept its key policy rate at a record low 2% for a sixth consecutive meeting.

The MB will hold its sixth policy meeting for the year on Sept. 23.

“A rate hike at this very delicate stage of recovery could be enough to push the economy into the tailspin that sends the Philippines deeper into recession and ultimately into a full-blown depression,” he said.

He estimated that the economy will recover its pre-pandemic performance by early 2023.

BusinessWorld asked the Department of Finance’s chief economist to comment but he had not replied at the deadline. — Beatrice M. Laforga

A better normal for women and girls after COVID-19

SC: Ombudsman can regulate release of net worth records