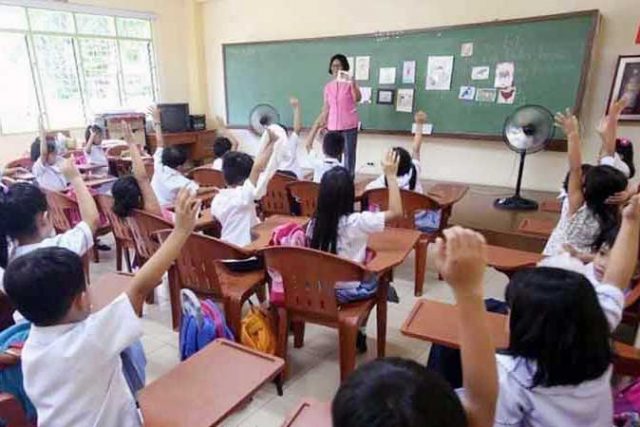 THE DEPARTMENT of Finance (DoF) is supporting a Department of Education (DepEd) complaint about the poor rating the World Bank (WB) gave to the Philippine education system, calling the banks failure to consult the DepEd a violation of the protocols for dealing with government partners.

The DoF said in a statement Tuesday that it is supporting the DepEd’s call for a public apology after one of the bank’s reports used outdated data in its assessment of the education system.

“The failure of Bank officials to follow the protocol of consulting with the DepEd prior to publication further illustrates the lack of professionalism which we come to expect from the World Bank and its staff,” Finance Secretary Carlos G. Dominguez III said in his letter to World Bank President David Malpass.

“Such a Report should be taken out from the bank’s website as not to further mislead the public. We also believe that a public apology to the DepEd and the National Government is in order,” he added.

He said the report caused “undue reputational risk” to the education sector since the assessment was based on data released two years ago.

On June 29, the World Bank posted on its website the report, Improving Student Learning Outcomes and Well-Being in the Philippines: What Are International Assessments Telling Us? (Vol.2): Synthesis Report Presentation.

The study found that the education sector faces a crisis that may have been made worse by the pandemic, noting that more than 80% of Filipino children “do not know what they should know.”

It traced the poor performance of students to their limited proficiency in the languages used in instruction; as well as to the “unacceptably poor school climate, with high levels of bullying.”

The bank used the findings of the Programme for International Student Assessment 2018; Trends in International Mathematics and Science Study 2019; and Southeast Asia Primary Learning Metrics 2019 studies.

The timing of the report’s publication may be “wrongfully used” to paint a bad picture of the Philippine government, even if the data used were outdated, according to Mr. Dominguez.

Mr. Dominguez said the challenges presented had been “addressed” by the DepEd and other development partners.

He said he expects the World Bank to be more responsible in reporting and “adhere to the highest standards of ethical and professional conduct.”

“The bank has delivered numerous development programs and projects to reform the education sector since the 1980s, and has remained steadfast in pursuing initiatives to improve the quality of education in the country,” he said.

“As a valued partner, the bank should serve and protect the development interests of the Philippines and other World Bank members,” he added.

BusinessWorld asked the World Bank for comment but it had not replied at the deadline.

The report is no longer available on the bank’s website as of Thursday afternoon. — Beatrice M. Laforga