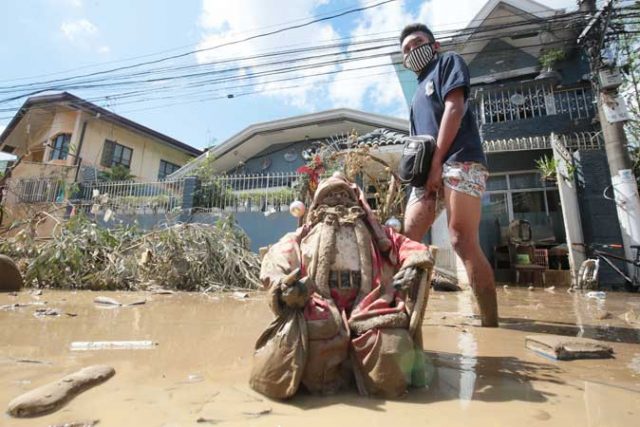 THE climate change crisis, if unaddressed, holds the potential to wipe out the economic gains made by the Philippines in recent years, the Department of Finance (DoF) said Tuesday.

“People do not realize it, but climate change will hit us like a tsunami if we continue to do nothing about this worsening crisis. It could wipe away all our economic gains in one go if we fail to mitigate it,” Finance Secretary Carlos G. Dominguez III said at a virtual event, Sulong Pilipinas 2021: Climate Change and the New Normal with the Youth Sector.

“As bearers of the future, the youth — who will have to live through 2030 and beyond — have the greatest stake in overcoming this crisis… We need (their) determination to build a greener, healthier, and climate-resilient future,” he said.

The Philippines accounts for 0.3% of global carbon emissions, yet is highly vulnerable to the effects of climate change, particularly typhoons, according to Finance Assistant Secretary Paola Sherina A. Alvarez.

During the briefing, she said successive typhoons had an impact on inflation starting January after disrupting the harvest in late 2020.

“In January 2021, the general price level clocked a higher rate of year-on-year growth of 4.2%. Because we had back-to-back super-typhoons at the end of November, the prices of vegetables and rice went up,” Ms. Alvarez said.

Ms. Alvarez said the Philippines is expected to incur P177 billion worth of losses to its public and private assets due to typhoons and earthquakes each year.

She said the estimate for implementing climate change mitigation measures in the energy, forestry, industry, transport sectors is about $4.12 billion between 2015 and 2030.

In 2019, the World Bank issued two tranches of catastrophe bonds to insure the Philippines against losses due to earthquakes and storms for three years. The insurance cover was valued at $225 million. — Angelica Y. Yang

Sangley airport construction may start by Q3 next year