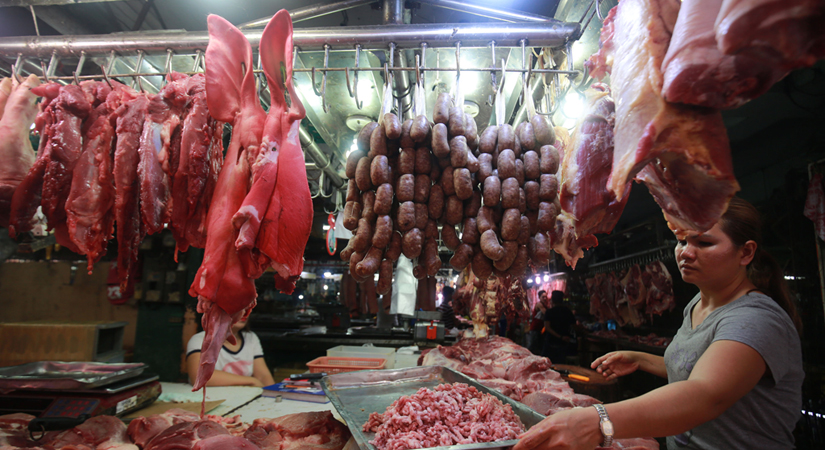 A LOWERING of pork tariffs is expected to highlight the diverging interests of meat processors and importers on the one hand, who support the reduction, while exposing hog farmers to increased foreign competition that will harm the industry.

Rosendo O. So, Samahang Industriya ng Agrikultura chairman, said in a statement Thursday that farmers’ appeals not to lower tariffs have been ignored, and that he expects many hog-raising businesses to close.

“There are no words to express the outrage and betrayal to the millions of hog raisers and workers dependent on the hog industry,” Mr. So said.

According to Mr. So, the current pork supply shortfall can be imported at higher tariffs and still leave importers with profits of between P200 and P250 per kilogram.

“Reducing tariffs will also deprive the government of much-needed revenue amounting to P12 to P14 billion annually, an amount that could be utilized to finance government programs aimed at helping the livestock industry recover faster from the African Swine Fever (ASF) outbreak,” he added.

Under EO 128, pork imports within the minimum access volume (MAV) quota will be charged a 5% tariff in the first three months, increasing to 10% over the next nine months.

The tariff for out-of-quota pork imports has been set at 15% for the first three months, rising to 20% in the subsequent nine months.

Previously, pork imports inside MAV paid a tariff of 30%, while out-of-quota pork was charged 40%.

MAV is the scheme allowing for certain volumes of agricultural commodities to be imported at lower tariffs under the World Trade Organization system.

“The government recognizes the need to immediately address the current shortage in swine meat, and endeavors to strengthen the food supply to ensure that Filipinos have equitable access to food, particularly meat,” according to the EO.

The EO will be effective for one year after its publication in the Official Gazette or a general-circulation newspaper.

The Department of Agriculture (DA) has announced that it will not extend the price controls on pork and chicken products, which ended Thursday, and will implement a suggested retail price (SRP) for imported pork instead.

Agriculture Secretary William D. Dar said Wednesday that the SRP of imported pork shoulder (kasim) will be set at P270 per kilogram, while that for imported pork belly (liempo) is at P350 per kilogram. He added that there will be no SRP for domestic pork.

Nicanor M. Briones, Pork Producers Federation of the Philippines, Inc. vice-president for Luzon, said in a television interview Thursday that the hog industry will be discouraged from growing its herd, with hog raisers expected to stop operating due to competition from imports.

According to Mr. Briones, the decision to lower pork tariffs will adversely affect both commercial and backyard hog raisers.

He added that once Mr. Duterte issues another EO increasing the MAV quota allocation for pork imports by 350,000 metric tons (MT) after lowering pork tariffs, the pork supply problems will continue to next year.

Recently, Mr. Duterte recommended that Congress increase the in-quota allocation of pork imports by 350,000 MT, which will be added to the current allocation of 54,210 MT.

The DA projected a pork supply deficit of 400,000 MT for the year due to the ASF outbreak.

“The number of hog raisers will continue to decline as a result of this decision to lower pork tariffs. Next year, the country will experience double or triple the problem in terms of local pork supply, and will surely result in higher pork prices,” Mr. Briones said.

“Mr. Dar should resign… He should be ashamed of what he is doing to farmers. He is giving the wrong advice to the President,” he added.

“We consider it a victory for the millions of Filipino consumers who have been suffering from the shortage of pork, thus pushing prices to levels beyond their reach,” Mr. Tiukinhoy said.

PAMPI’s Mr. Tiukinhoy encouraged hog raisers to benefit from lower tariffs to engage in importing while their herds have not yet recovered from ASF.

“We commiserate with them as they continue to battle ASF, which has wiped out a huge portion of the hog population. If they import themselves, they would be able to recover part of their losses and at the same time enable them to serve their network of pork dealers and ultimately benefit consumers,” Mr. Tiukinhoy said.

Jesus C. Cham, Meat Importers and Traders Association president, said in a mobile message that the order to lower the tariff on pork imports is a big win for the economy and consumers.

“We have to discuss and agree with the other (members of the value chain) to accept decent margins in exchange for regular business… to benefit consumers,” he added.

In a virtual briefing Thursday, Agriculture Undersecretary Ariel T. Cayanan reiterated that a P45-million grant will be allocated to provide chest freezers to selected meat vendors that do not have storage equipment, to maintain food safety and quality for consumers.

Mr. Cayanan said the lowering of pork tariffs is ultimately designed to augment the pork supply.

“The country has been affected by the ASF outbreak which affected production and supply. The DA has four policies to address the issue: supporting the industry; (ensuring) continuous mobility of surplus hogs (to) deficit areas; diversification; and augmenting supply through imports,” Mr. Cayanan said. — Revin Mikhael D. Ochave