Earth Day was first celebrated on April 22, 1970, 51 years ago, to raise environmental awareness among Americans, and was later adopted in many countries around the world. What later followed were a series of scary climate predictions, all of which were just false alarms.

Below are some stories, headlines, and climate predictions which never materialized. Note that in the 1970s, people were scared of global cooling and a new ice age. This changed to fear of global warming and rising sea levels in the late 1980s, and in the 1990s the anthropogenic or man-made global warming/climate change was solidified. Among the latest climate Armageddon predictions came from US Rep. Alexandria Ocasio-Cortez (AOC) saying that the end of the world will be in 2031 (see Table 1). 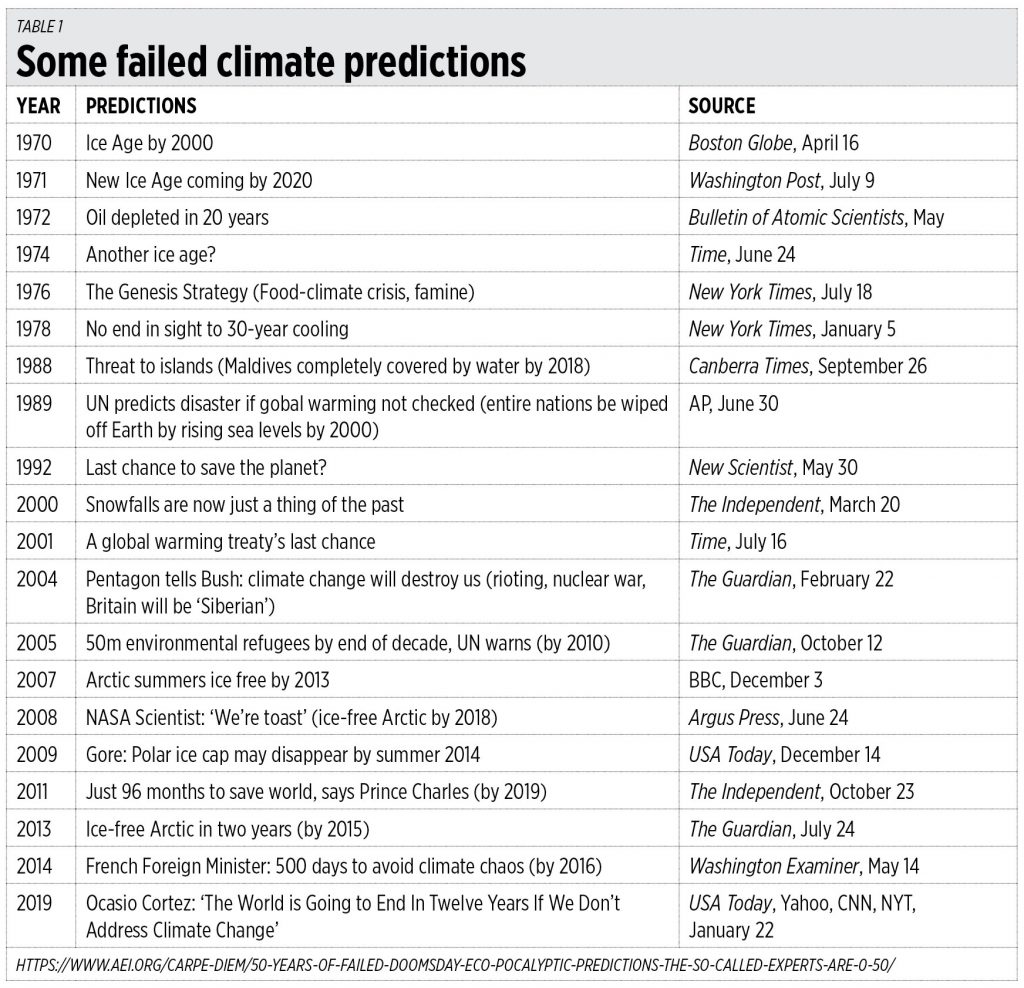 The UN, former US Vice-President Al Gore, the World Wildlife Fund (WWF), and Greenpeace are among the big institutions and personalities that push climate alarm worldwide. They target global ecological central planning especially in energy, transportation, agriculture, and other sectors.

Before, big environmental groups like WWF and Greenpeace targeted National Governments for them to bow to their global agenda of “decarbonization” or moving away from fossil fuels (coal, gas, oil) to intermittent renewables (wind, solar, biomass, small hydro). Recently they changed tactics and targeted big corporations, harassing and shaming them if they do not bow to their global agenda.

Last week, Greenpeace launched its new report, “Decarbonizing Meralco,” co-written by the Center for Renewable Energy and Technology (CREST). It is an obvious wind-solar lobby — from cover to body there are lots of wind-solar farms shown. The ideological and emotional bias of the paper is captured by its Table F: PSA Price Forecasts for 2025, where the generation cost of wind and solar in 2025 are projected to be only one-half or one-third of 2019 costs.

Their figures are outlandish and far out. Wind and solar remain expensive and become “viable” only because of various mandates (like priority dispatch in the grid) and subsidies especially the feed-in tariff (FiT) or assured, guaranteed high price for 20 years. Intermittent wind and solar need large batteries to address their highly unstable and fluctuating output and such batteries are not cheap and add to their cost. 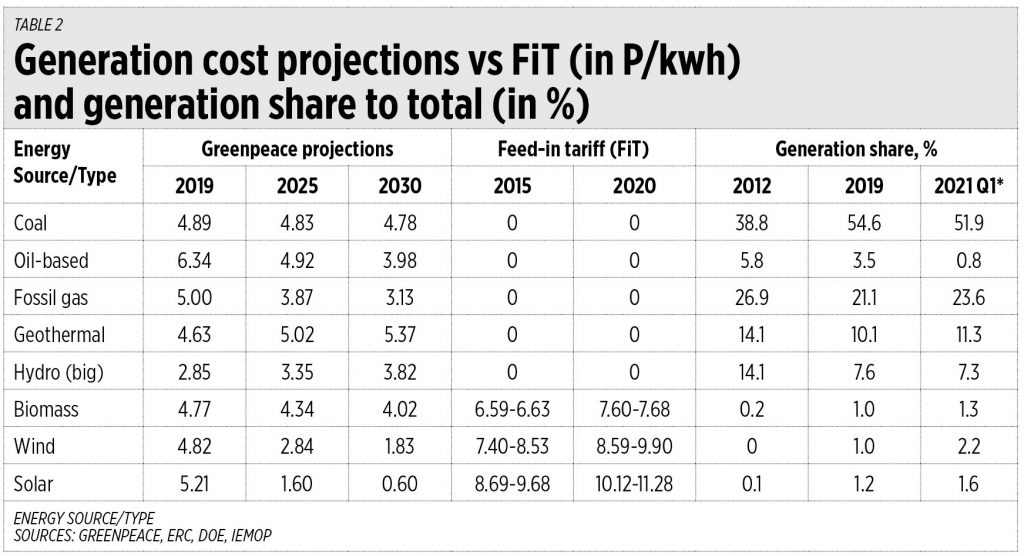 In one of my recent columns (https://www.bworldonline.com/carbon-tax-is-not-good/, March 29), Table 1 there showed that “With few exceptions, countries that have retained a high coal share to total power generation — at least 30% — have also experienced fast growth: China, India, South Korea, Turkey, Poland, and Taiwan. And countries that significantly raised their coal share… also experienced fast growth: Indonesia, Malaysia, Vietnam, the Philippines. Countries that reduced their coal share experienced slower growth — the US, Canada, Australia, Germany, the UK, Italy, and Spain.”

Meralco and other big energy companies in the Philippines and other countries should not bow to Greenpeace’s alarmist and wind-solar lobby agenda. There is no “climate crisis/emergency” and there is no need to embrace expensive, intermittent, unstable, unpredictable, weather- and battery-dependent energy.

Campuses express outrage at being linked to Reds